Talk: Sanctuary and Literature: Words on the Move 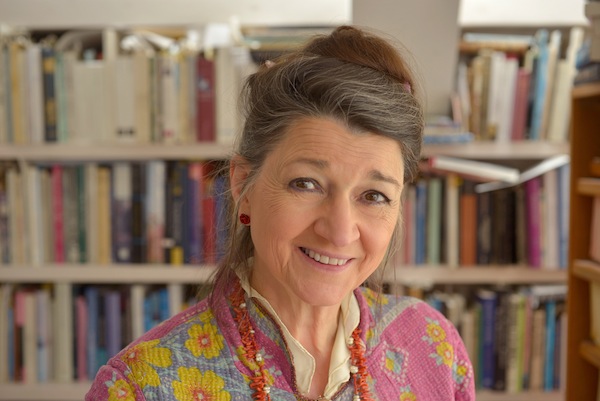 In the present refugee crisis, millions of people are being driven from their homes by war, religious conflict, racial ostracism, famine, and poverty. Can literature help? Stripped of material possessions, refugees, migrants, and ‘arrivants’ still own their minds, which are filled with memories, stories, and knowledge. Can the cultural baggage of the imagination, the stories that displaced people carry in their heads, provide ways of establishing connection with their new circumstances? Can stories, inspired by the cultures they belong to, overcome barriers of language and custom, help them relate to the new place of arrival and develop a place of refuge where they belong? Marina Warner will explore how the role of the imagination, expressed in literary forms, can provide threads which may be woven into the fabric of belonging. She will look at travelling texts, such as the animal tales known in Europe as Aesop’s Fables, the Babylonian Epic of Gilgamesh, and the Arabian Nights, and explore these literary migrants in relation to the history of legal sanctuary. She will also draw on the experience of www.storiesintransit.org, a refugee project in Palermo in Sicily, to illuminate this burning issue of our time, and the relationship between culture, equality, and citizenship.

Marina Warner writes fiction and cultural history. Her books include From the Beast to the Blonde (1994) and Stranger Magic: Charmed States and The Arabian Nights (2011; winner of the National Book Critics Circle award, the Sheykh Zayed Prize and the Truman Capote award). She is Professor of English and Creative Writing at Birkbeck College, Professorial Research Fellow at the School of Oriental and African Studies, a Fellow of the British Academy, President of the Modern Humanities Research Association for 2018, and was elected President of the Royal Society of Literature in 2017. In 2015, she was awarded the Holberg Prize in the Arts and Humanities, and in 2017 she was given a World Fantasy Lifetime Achievement Award, and a British Academy Medal.

Sponsored by the Graduate Center for Literary Research and the UCSB Carsey-Wolf Center.

Marina Warner will also moderate a post-screening discussion of The Adventures of Prince Achmed at the Carsey-Wolf Center on Wednesday, May 2nd at 7:00 PM. For more information, visit this page.