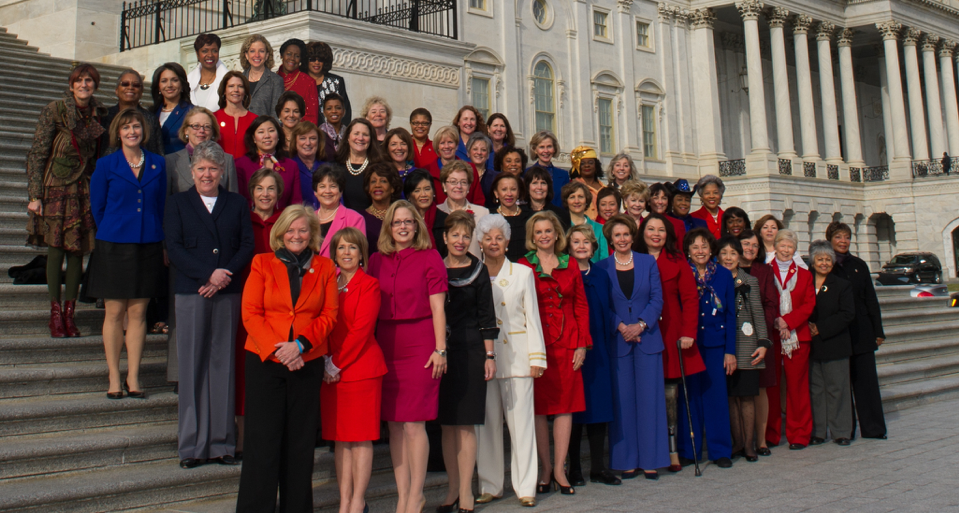 Posted at 09:10h in Fellows Blog by Admin

The 2018 midterm elections were a watershed moment for women’s electoral power. While this election was undoubtedly a milestone, women still only comprise about 24% of both chambers’ members. Although gender parity in the US Congress may be a long way away, the fact is, when women run for congressional seats, women win.

Voter sexism is a common reason given for the lack of women in office. However, political scientists’ extensive work demonstrates that simple sexism is an inaccurate explanation of why there aren’t more women leaders. Kathleen Dolan shows that gender stereotypes don’t really influence voter decisions. Kira Sanbonmatsu found that Republican women win at the same rate as Democratic women and Republican men. Jennifer Lawless and Kathryn Pearson revealed that Republican women are as likely to win primaries as Republican men. Given these empirical facts, why is the gender gap in the US legislature so big?

A partial explanation of the lack of women in Congress is that governmental institutions were built by and for men, and Congress is still an “old boys club.”  Women didn’t wear pants on the Senate floor until 1993. Because of men’s irresistible desire to skinny dip, the Senate swimming pool prohibited women until 2008. It wasn’t until 2011 that the House of Representatives installed a women’s restroom for congresswomen and staffers. In 2017, women had to persuade house leadership for the right to bare arms. In 2018, Senator Tammy Duckworth (D-IL) became the first acting senator to give birth. But institutional rules limited Duckworth’s ability to be a working parent. After some hand-wringing, the official rules were changed, and congresspeople can now bring their infant children to the senate floor and breastfeed during the workday. Despite the long list of sexist policies, there are other pernicious reasons women don’t run for office.

Women’s empowerment and feminism are rapidly becoming culturally acceptable. But sexism and women’s oppression run rampant in the United States. The sexism that girls experience starts early and has lifetime consequences. For example, we know girls and boys have equal ability in math and science. However, the cultural and social message that girls are bad at math is ubiquitous. Because of this messaging, women are less likely to pursue careers in STEM fields and face immense sexism when seeking jobs in science and technology. These systematic problems in STEM fields also shed light on why so few women run for elected office.

In 2018, political scientists Jennifer Lawless and Richard Fox published a landmark text, which surveyed 2,000 college students about personal desires to run for office. The differences between young women and men were stark and can be boiled down to three significant differences. First, young women reported that they did not receive the support of family and friends if they had leadership aspirations. Secondly, women said they were taught that girls should not be confident or assertive. Finally, young women frequently told researchers they doubted their public speaking ability and therefore thought they weren’t qualified to run for office. On the flip side, young men reported they were encouraged to pursue leadership careers by family and friends.  Young men also told researchers that, as boys, they were nurtured to be outspoken and self-assured. Lastly, most young men perceived themselves as excellent public speakers, which qualified them to be leaders.

Americans increasingly support women candidates, and it might be because women legislators tend to be better at their jobs. Even in a climate of intense polarization, women legislators pass twice as much legislation as male legislators. Women also bring 9% more federal money back to their districts than men. Therefore, constituents in women’s districts are more likely to be satisfied with their representatives, which increases the chances of reelection.

What would the world look like if more women ran and were elected to office? Fewer bills would likely die, more legislation would be enacted, and Americans would probably receive better resources at the state and local levels. Just as importantly, the election of women would work to close the confidence gap. Girls and women seeing themselves in powerful positions could influence self-perception and increase the likelihood that they would rightfully see themselves as qualified contenders.

The current pace of achieving gender parity in leadership is too slow. However, when women run, women win, and we will take more steps toward that goal on November 3rd.

Amanda Brush is a Ph.D. candidate in the Department of Political Science. Her expertise is in American politics, with an emphasis in gender and sexual politics. She studies coalition and allyship formation, and how people work collaboratively to enact meaningful public policy.