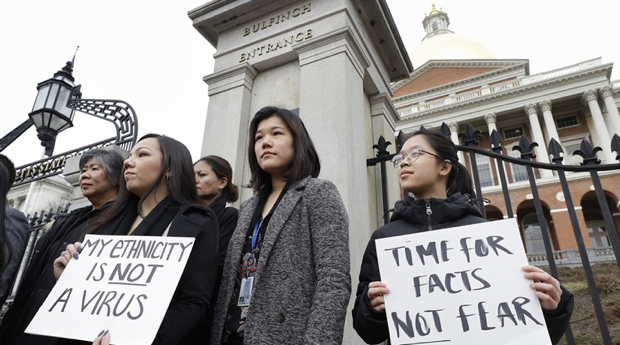 Posted at 09:46h in Fellows Blog by Admin

As the coronavirus persists, so do its harmful effects on our communities: the Asian-American community in particular has been a target for xenophobic attitudes. Driven by the racist rhetoric of politicians and political commentators, an increasing number of Americans are pointing their fingers at Asian Americans, blaming them for bringing the virus here to American soil.

Russell Jeung, professor of Asian American Studies at San Francisco State University, started tracking these attacks on a website he helped launch called Stop AAPI Hate, which he decided to launch on March 18, 2020, when President Trump was using the term “Chinese virus” to refer to coronavirus. The website serves as a platform where people who have experienced harassment, bullying, hate speech, micro-aggressions, or violence could give voice to their experiences.

In the eight weeks since launching the website, there had already been 1,843 incidents of COVID-19-related prejudicial acts across the U.S. reported to the Stop AAPI Hate Reporting Center. Discrimination and physical and verbal assaults have happened in public places such as retail stores, public transportation, schools, and workplaces. Asian Americans are increasingly scared to go out in public as stay-at-home orders are being lifted. Many are suffering from psychological distress, including resentment of their own race, humiliation, shame, depression, loneliness, and fear.

Experiencing racism is not a new thing for Asian Americans. In fact, it has been part of their history. Current anti-Asian attitudes echo those expressed during the time of the Chinese Exclusion Act and the Japanese American internment during the Second World War. The pandemic has caused racist attitudes toward Asian Americans to surface with increasing severity and frequency. They are being made to feel as if they are not part of the fabric of America.

I encourage victims of AAPI-related hate crimes to report their incidents to local authorities. It is also helpful to report them to the STOP AAPI HATE reporting center via this form or to OCA – Asian Pacific American Advocates using this form. These reports are helpful to researchers and civil rights advocacy organizations to figure out patterns where incidents occur, as well as when and how they occur, in order to prevent more incidents from happening.

Shannon Toribio is a Ph.D. student in the Department of Religious Studies, where his work focuses on Asian and Asian American religion, specifically Filipino New Religious Movements, and indigeneity, diaspora, identity, race/ethnicity, and postcolonial critique.