Who is a True Mongol?: Debates on Religious and National Identity in Contemporary Mongolia

Home > Upcoming Events  > Who is a True Mongol?: Debates on Religious and National Identity in Contemporary Mongolia

18 Oct Who is a True Mongol?: Debates on Religious and National Identity in Contemporary Mongolia 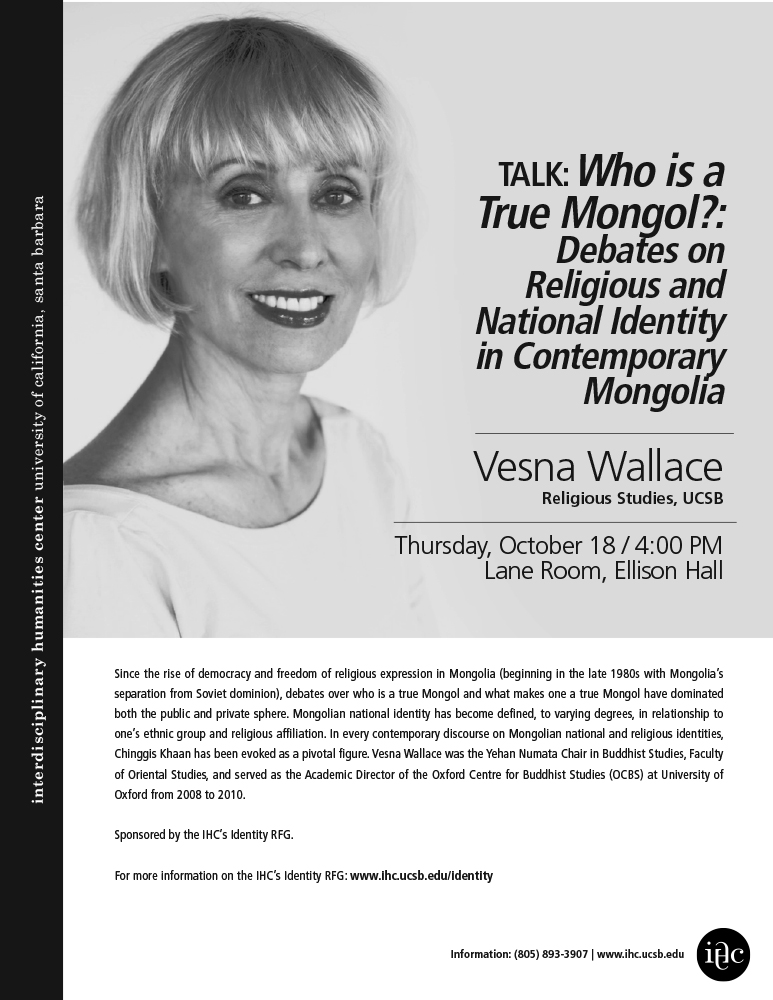 Since the rise of democracy and freedom of religious expression in Mongolia (beginning in the late 1980′s with Mongolia’s separation from Soviet dominion), debates over who is a true Mongol and what makes one a true Mongol have dominated both the public and private sphere. Mongolian national identity has become defined, to varying degrees, in relationship to one’s ethnic group and religious affiliation. In every contemporary discourse on Mongolian national and religious identities, Chinggis Khaan has been evoked as a pivotal figure.

Professor Wallace, Department of Religious Studies UCSB, was the Yehan Numata Chair in Buddhist Studies, Faculty of Oriental Studies, and served as the Academic Director, Oxford Centre for Buddhist Studies (OCBS) at University of Oxford from 2008 to 2010.