Whiskey Goes to War: American Distillers and the Politics of Food and Alcohol during World War II

Home > Upcoming Events  > Whiskey Goes to War: American Distillers and the Politics of Food and Alcohol during World War II

05 Apr Whiskey Goes to War: American Distillers and the Politics of Food and Alcohol during World War II 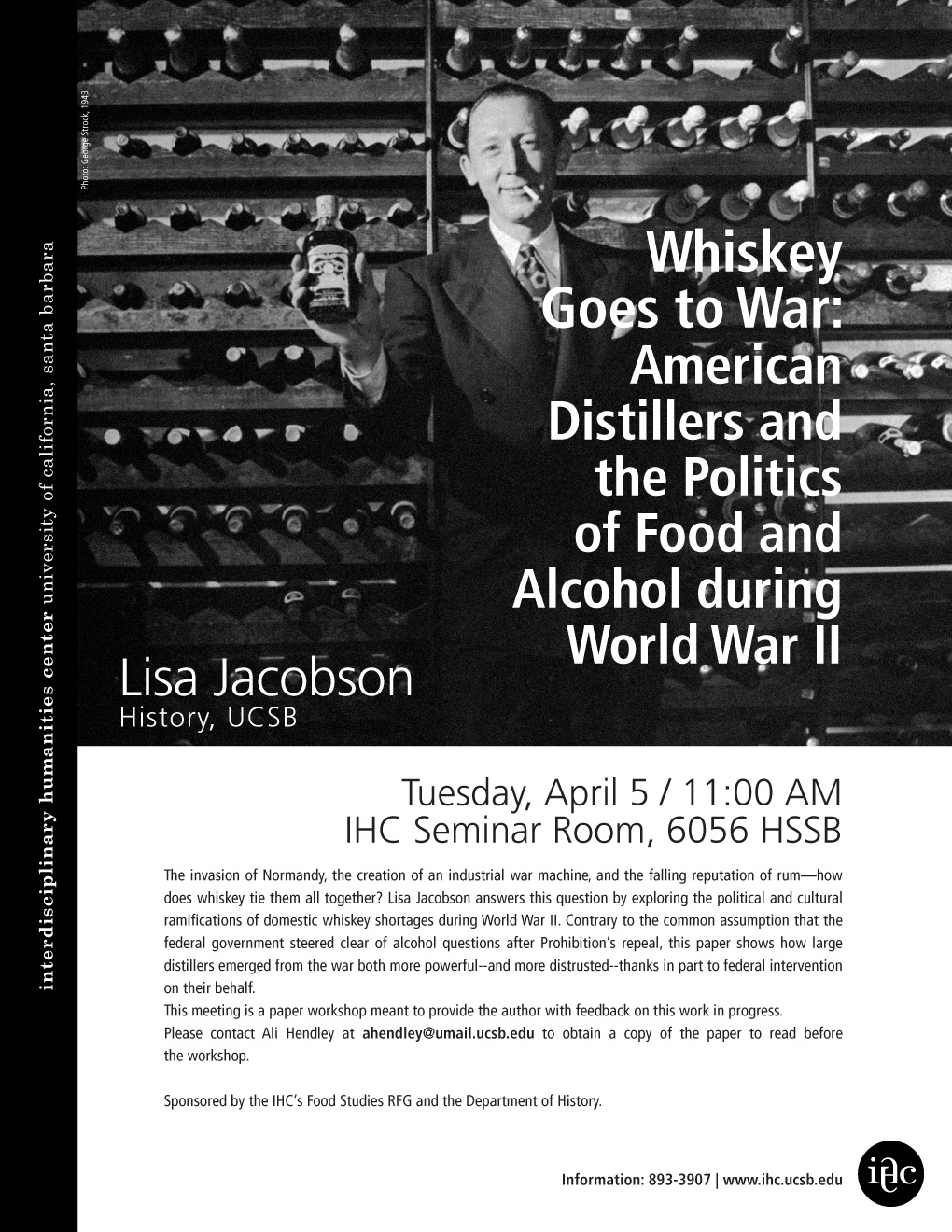 The invasion of Normandy, the creation of an industrial war machine, and the falling reputation of rum—how does whiskey tie them all together?  Lisa Jacobson answers this question by exploring the political and cultural ramifications of domestic whiskey shortages during World War II.  Contrary to the common assumption that the federal government steered clear of alcohol questions after Prohibition’s repeal, her paper shows how large distillers emerged from the war both more powerful and more distrusted thanks to delayed federal intervention on their behalf.  Distillers might have scored a much-needed public relations victory when they converted their entire production to industrial alcohol to aid in the manufacture of smokeless gun powder and synthetic rubber.  Their substantial reserves of aging whiskey, however, could not keep pace with rising wartime demand and the resulting liquor shortages gave way to price gouging and black markets.  The distillers campaigned for (and eventually won) “liquor holidays” from war production to replenish dwindling whiskey inventories, but the state’s ambivalent response to liquor shortages and the liquor trade’s own eagerness to profit from them damaged whiskey makers’ reputation.

This paper workshop is designed to provide the author with feedback on work-in-progress.  Please contact Ali Hendley at ahendley@umail.ucsb.edu to obtain a copy of the paper to read beforehand.

Sponsored by the IHC’s Food Studies RFG and the Dept. of History.