22 May When Bad Things Happen to Privileged People: Marginalization, Representation,and the Political Construction of Crisis 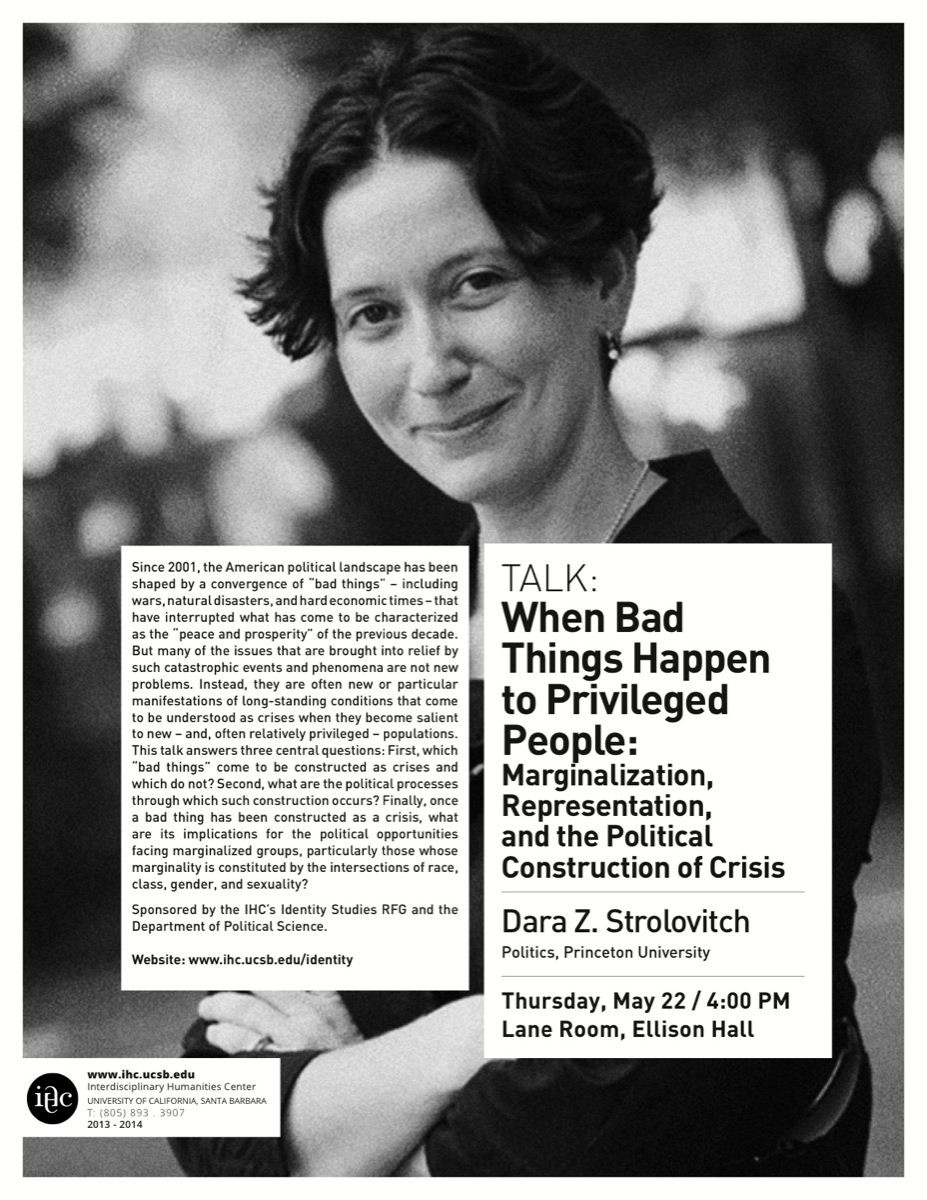 Since 2001, the American political landscape has been shaped by a convergence of “bad things” – including wars, natural disasters, and hard economic times – that have interrupted what has come to be characterized as the “peace and prosperity” of the previous decade. But many of the issues that are brought into relief by such catastrophic events and phenomena are not new problems. Instead, they are often new or particular manifestations of long-standing conditions that come to be understood as crises when they become salient to new – and, often relatively privileged – populations. This talk answers three central questions: First, which “bad things” come to be constructed as crises and which do not? Second, what are the political processes through which such construction occurs? Finally, once a bad thing has been constructed as a crisis, what are its implications for the political opportunities facing marginalized groups, particularly those whose marginality is constituted by the intersections of race, class, gender, and sexuality?

Sponsored by the IHC’s Identity Studies RFG and the Dept. of Political Science.
Website: https://www.ihc.ucsb.edu/identity/