What is a Letter?

Home > Upcoming Events  > What is a Letter? 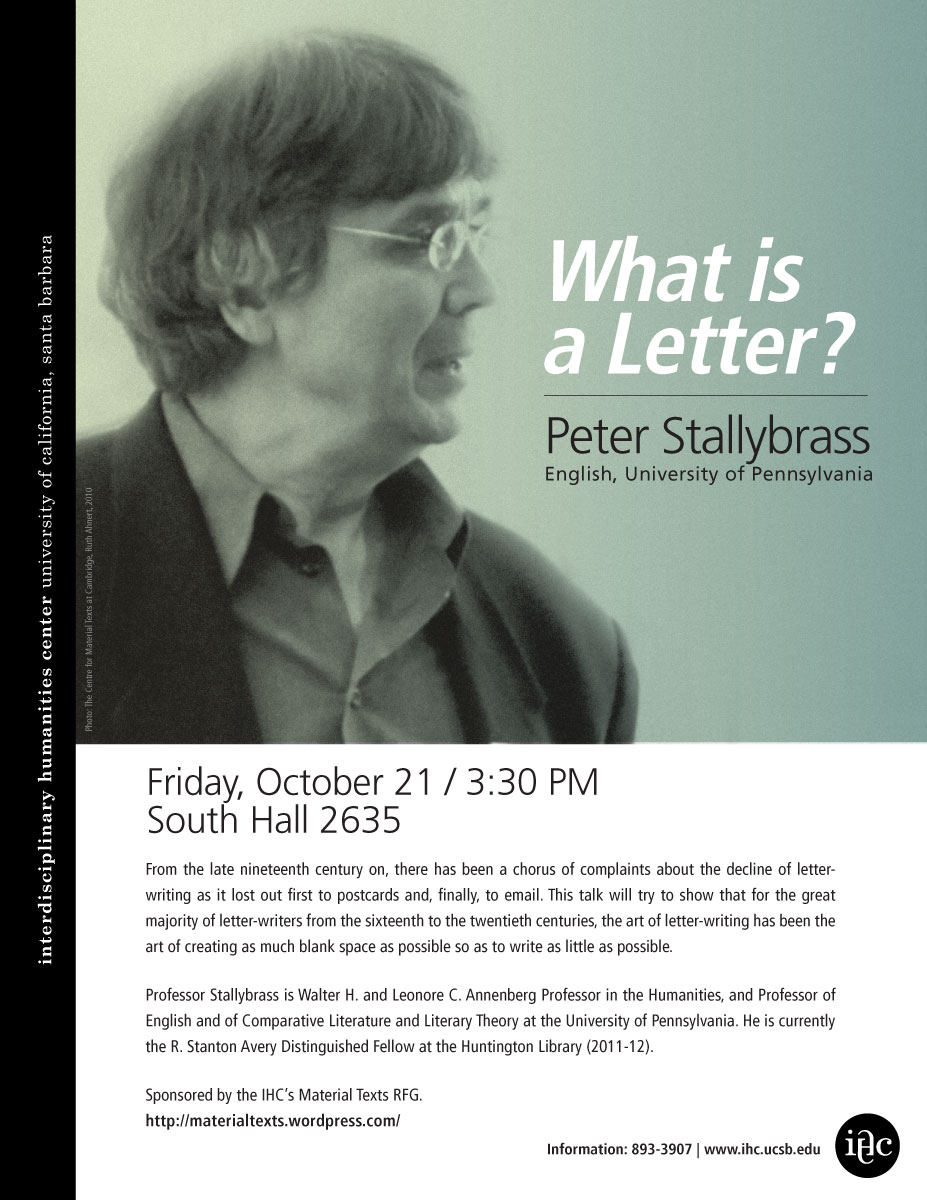 Professor Stallybrass is Walter H. and Leonore C. Annenberg Professor in the Humanities, and Professor of English and of Comparative Literature and Literary Theory at the University of Pennsylvania.  He is currently the R. Stanton Avery Distinguished Fellow at the Huntington Library (2011-12).