War in History and Memory

25 Oct War in History and Memory

Posted at 13:04h in IHC Series, Fallout: In the Aftermath of War by Admin 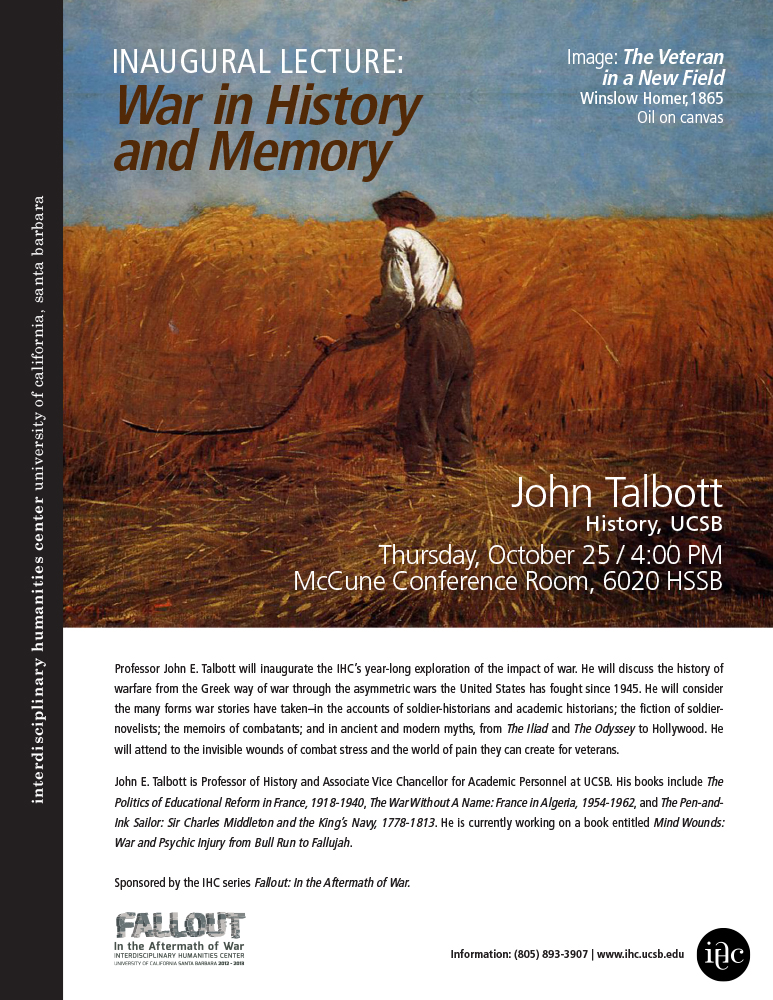 Professor John E. Talbott will inaugurate the IHC’s year-long exploration of the impact of war. He will discuss the history of warfare from the Greek way of war through the asymmetric wars the United States has fought since 1945.  He will consider the many forms war stories have taken–in the accounts of soldier-historians and academic historians; the fiction of soldier-novelists; the memoirs of combatants; and in ancient and modern myths, from the Iliad and the Odyssey to Hollywood. He will attend to the invisible wounds of combat stress and the world of pain they can create for veterans.

John E. Talbott is Professor of History and Associate Vice Chancellor for Academic Personnel at UCSB.  His books include The Politics of Educational Reform in France, 1918-1940, The War Without A Name: France in Algeria, 1954-1962, and The Pen-and-Ink Sailor: Sir Charles Middleton and the King’s Navy, 1778-1813.  He is currently working on a book entitled Mind Wounds: War and Psychic Injury from Bull Run to Fallujah.

Click here to listen to a recording of John E. Talbott’s inaugural talk for the IHC’s Fallout series.