The Political Culture of University Youth in Kazakhstan: A Discussion of Research Design and Fieldwork

Home > Upcoming Events  > The Political Culture of University Youth in Kazakhstan: A Discussion of Research Design and Fieldwork

12 Jan The Political Culture of University Youth in Kazakhstan: A Discussion of Research Design and Fieldwork 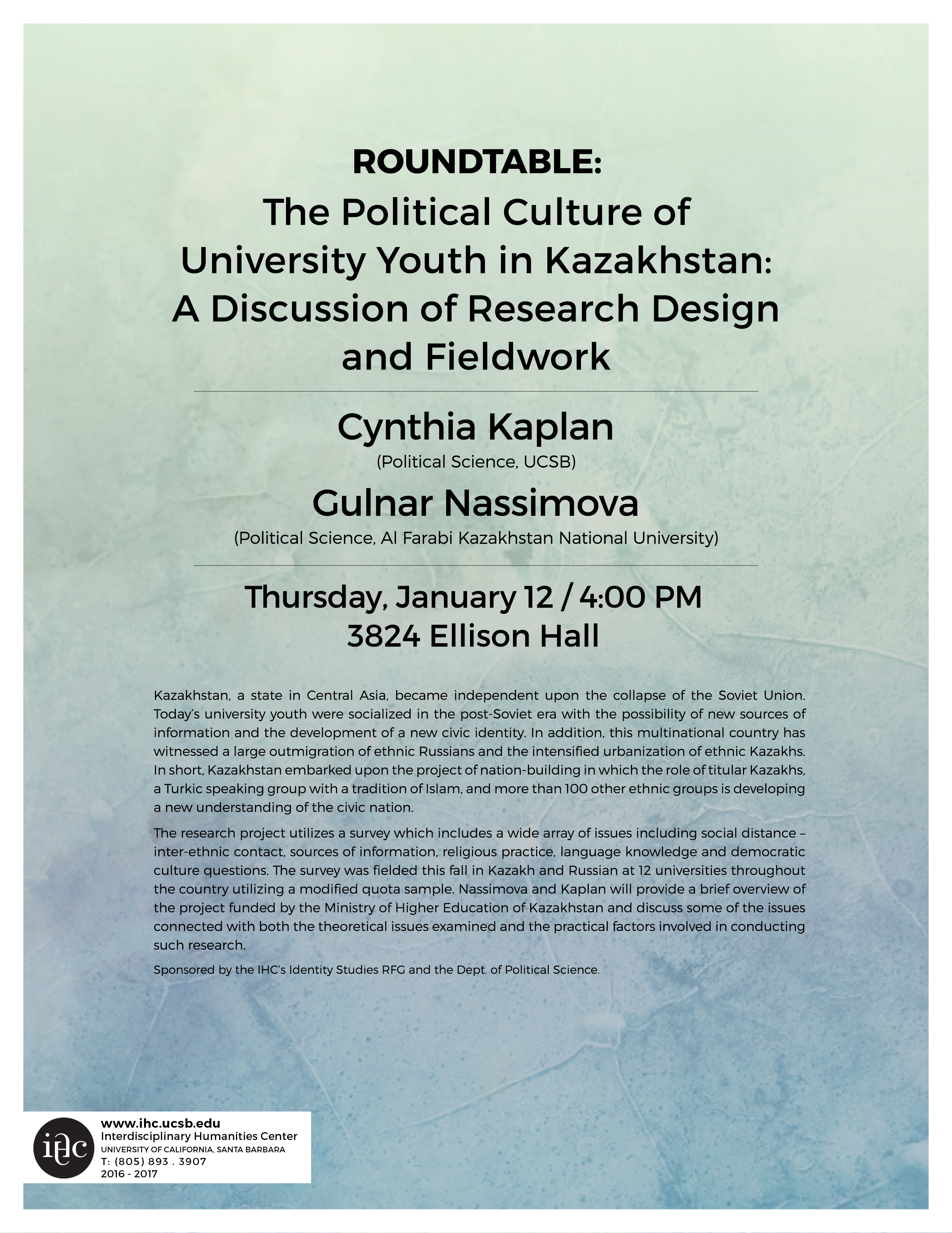 Kazakhstan, a state in Central Asia, became independent upon the collapse of the Soviet Union. Today’s university youth were socialized in the post-Soviet era with the possibility of new sources of information and the development of a new civic identity. In addition, this multinational country has witnessed a large outmigration of ethnic Russians and the intensified urbanization of ethnic Kazakhs. In short, Kazakhstan embarked upon the project of nation-building in which the role of titular Kazakhs, a Turkic speaking group with a tradition of Islam, and more than 100 other ethnic groups is developing a new understanding of the civic nation.

The research project utilizes a survey which includes a wide array of issues including social distance – inter-ethnic contact, sources of information, religious practice, language knowledge and democratic culture questions. The survey was fielded this fall in Kazakh and Russian at 12 universities throughout the country utilizing a modified quota sample. Nassimova and Kaplan will provide a brief overview of the project funded by the Ministry of Higher Education of Kazakhstan and discuss some of the issues connected with both the theoretical issues examined and the practical factors involved in conducting such research.

Sponsored by the IHC’s Identity Studies RFG and the Dept. of Political Science.