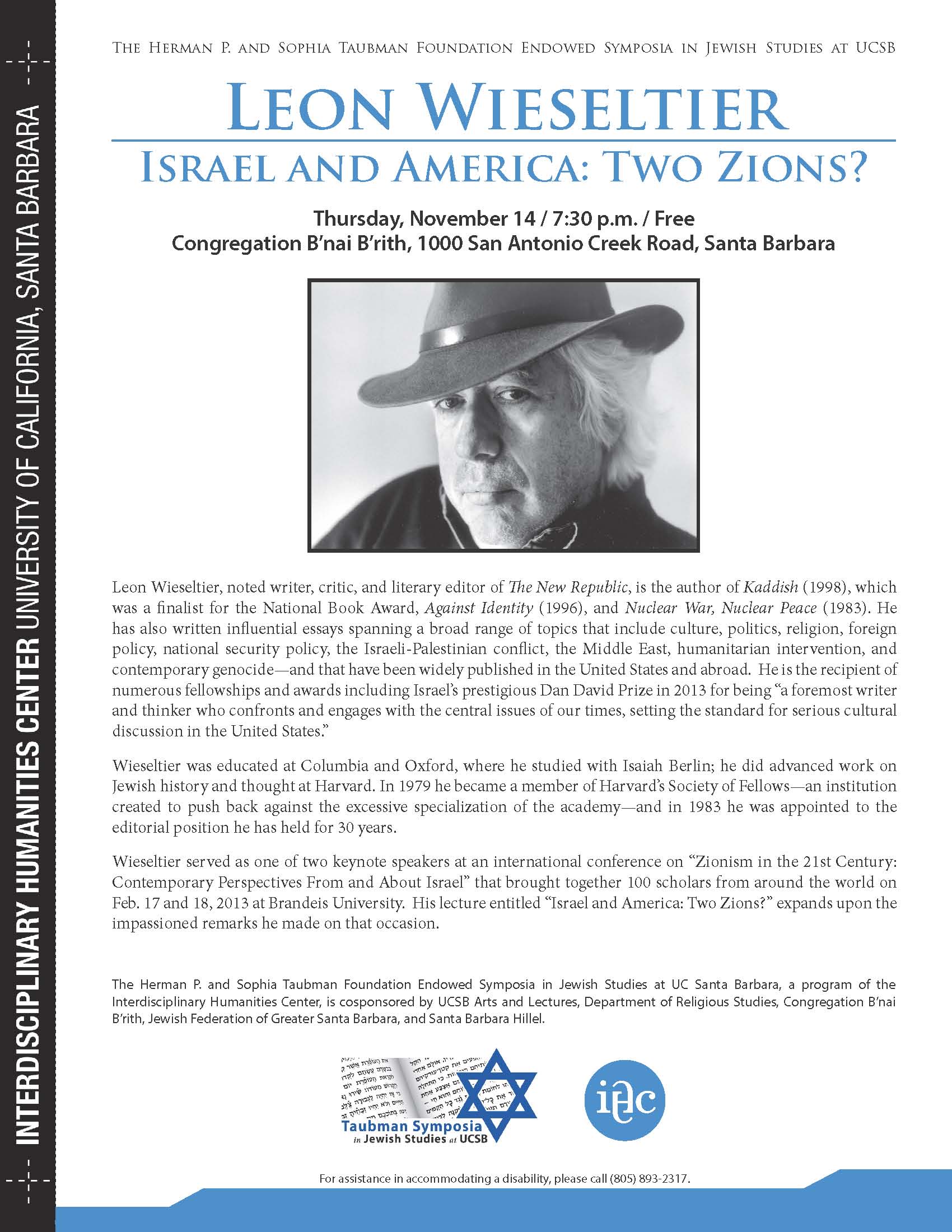 Leon Wieseltier, noted writer, critic, and literary editor of The New Republic, is the author of Kaddish (1998), which was a finalist for the National Book Award, Against Identity (1996), and Nuclear War, Nuclear Peace (1983). He has also written influential essays spanning a broad range of topics that include culture, politics, religion, foreign policy, national security policy, the Israeli-Palestinian conflict, the Middle East, humanitarian intervention, and contemporary genocide—and that have been widely published in the United States and abroad. He is the recipient of numerous fellowships and awards including Israel’s prestigious Dan David Prize in 2013 for being “a foremost writer and thinker who confronts and engages with the central issues of our times, setting the standard for serious cultural discussion in the United States.”