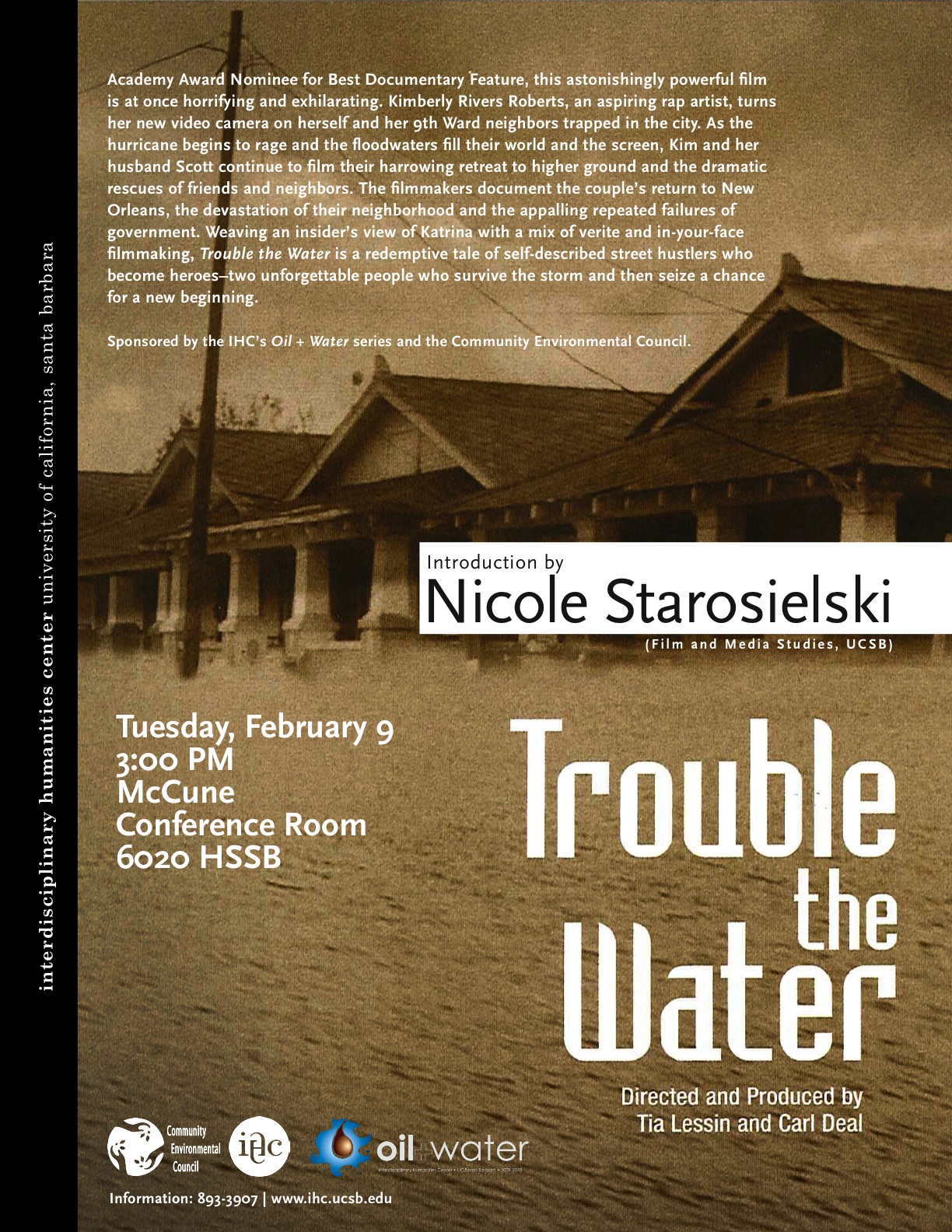 Academy Award Nominee for Best Documentary Feature, this astonishingly powerful film is at once horrifying and exhilarating. Kimberly Rivers Roberts, an aspiring rap artist, turns her new video camera on herself and her 9th Ward neighbors trapped in the city. As the hurricane begins to rage and the floodwaters fill their world and the screen, Kim and her husband Scott continue to film their harrowing retreat to higher ground and the dramatic rescues of friends and neighbors. The filmmakers document the couple’s return to New Orleans, the devastation of their neighborhood and the appalling repeated failures of government. Weaving an insider’s view of Katrina with a mix of verite and in-your-face filmmaking, Trouble the Water is a redemptive tale of self-described street hustlers who become heroes–two unforgettable people who survive the storm and then seize a chance for a new beginning.