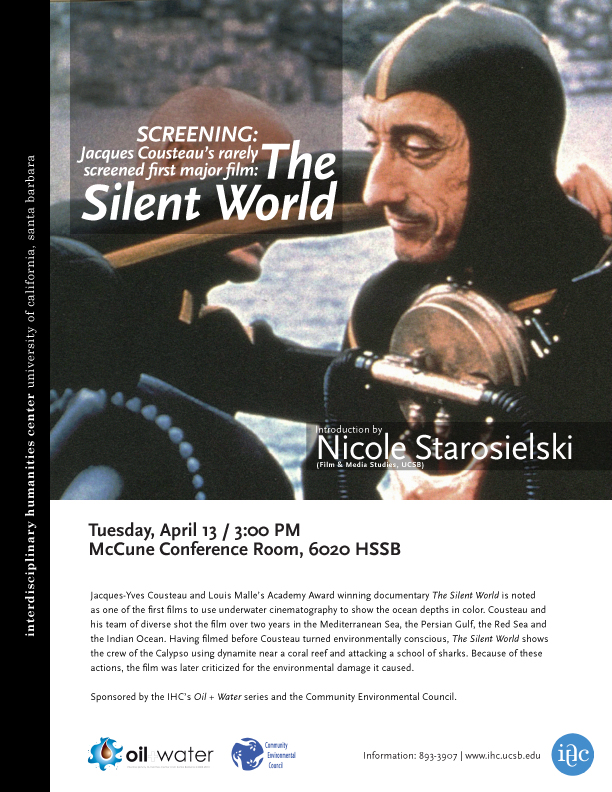 Jacques-Yves Cousteau and Louis Malle’s Academy Award winning documentary The Silent World is noted as one of the first films to use underwater cinematography to show the ocean depths in color. Cousteau and his team of divers shot the film over two years in the Mediterranean Sea, the Persian Gulf, the Red Sea and the Indian Ocean.  Having filmed before Cousteau turned environmentally conscious, The Silent World shows the crew of the Calypso using dynamite near a coral reef and attacking a school of sharks.  Because of these actions, the film was later criticized for the environmental damage it caused.