The Recovery of Nazi-Looted Art: The Bloch-Bauer Klimt Paintings

20 Feb The Recovery of Nazi-Looted Art: The Bloch-Bauer Klimt Paintings 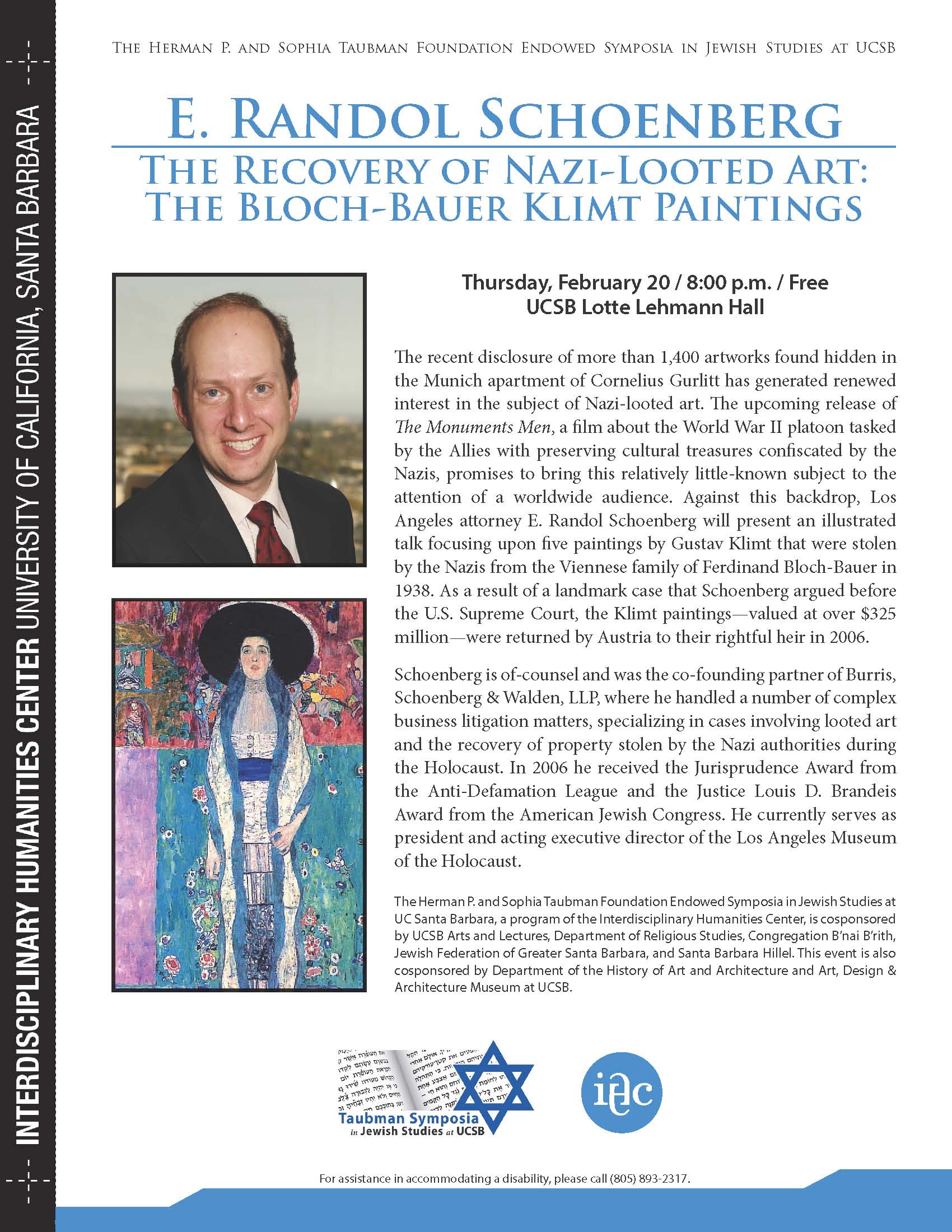 The recent disclosure of more than 1,400 artworks found hidden in the Munich apartment of Cornelius Gurlitt has generated renewed interest in the subject of Nazi-looted art. The upcoming release of The Monuments Men, a film about the World War II platoon tasked by the Allies with preserving cultural treasures confiscated by the Nazis, promises to bring this relatively little-known subject to the attention of a worldwide audience. Against this backdrop, Los Angeles attorney E. Randol Schoenberg will present an illustrated talk focusing upon five paintings by Gustav Klimt that were stolen by the Nazis from the Viennese family of Ferdinand Bloch-Bauer in 1938.  As a result of a landmark case that Schoenberg argued before the U.S. Supreme Court, the Klimt paintings–valued at over $325 million–were returned by Austria to their rightful heir in 2006.

E. Randol Schoenberg is of-counsel and was the co-founding partner of Burris, Schoenberg & Walden, LLP, where he handled a number of complex business litigation matters, specializing in cases involving looted art and the recovery of property stolen by the Nazi authorities during the Holocaust.  In 2006 he received the Jurisprudence Award from the Anti-Defamation League and the Justice Louis D. Brandeis Award from the American Jewish Congress. In 2007, he was given the California Lawyer Attorney of the Year award for outstanding achievement in the field of litigation.   He currently serves as president and acting executive director of the Los Angeles Museum of the Holocaust. Schoenberg graduated from Princeton University with a Bachelor of Arts in Mathematics in 1988 and a certificate in European Cultural Studies. In 1991, he earned his Juris Doctor degree from the University of Southern California.