The Rebbe and The Resurgence of Orthodox Judaism

Home > Endowments  > The Rebbe and The Resurgence of Orthodox Judaism

08 May The Rebbe and The Resurgence of Orthodox Judaism 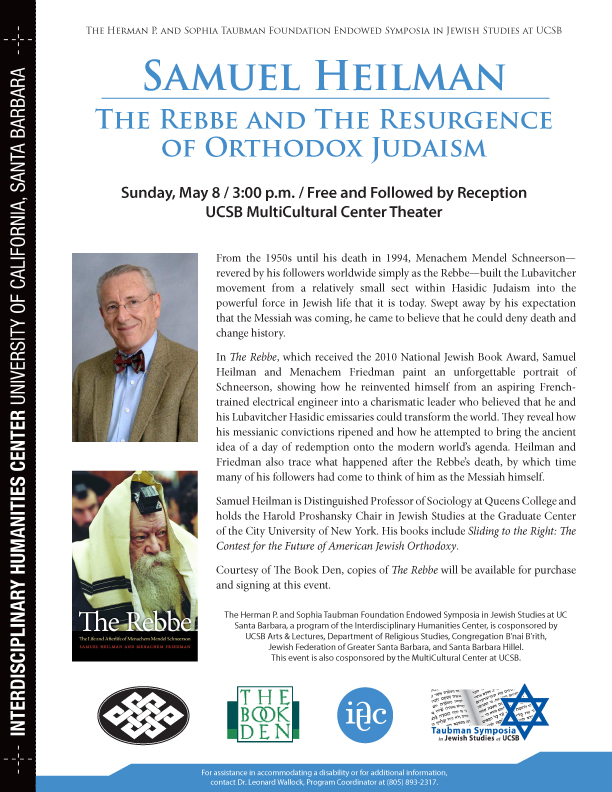 From the 1950s until his death in 1994, Menachem Mendel Schneerson–revered by his followers worldwide simply as the Rebbe–built the Lubavitcher movement from a relatively small sect within Hasidic Judaism into the powerful force in Jewish life that it is today. Swept away by his expectation that the Messiah was coming, he came to believe that he could deny death and change history.

In The Rebbe, which received the 2010 National Jewish Book Award, Samuel Heilman and Menachem Friedman paint an unforgettable portrait of Schneerson, showing how he reinvented himself from an aspiring French-trained electrical engineer into a charismatic leader who believed that he and his Lubavitcher Hasidic emissaries could transform the world. They reveal how his messianic convictions ripened and how he attempted to bring the ancient idea of a day of redemption onto the modern world’s agenda. Heilman and Friedman also trace what happened after the Rebbe’s death, by which time many of his followers had come to think of him as the Messiah himself.

Samuel Heilman is the author of Sliding to the Right: The Contest for the Future of American Jewish Orthodoxy. Copies of The Rebbe will be available for purchase and signing at this event.