The Penumbra Falls: Thinking about the Potential Near-future of the Anthropocene

Home > Upcoming Events  > The Penumbra Falls: Thinking about the Potential Near-future of the Anthropocene

12 Feb The Penumbra Falls: Thinking about the Potential Near-future of the Anthropocene

Posted at 10:13h in Upcoming Events, IHC Series, The Anthropocene: Views from the Humanities by Admin 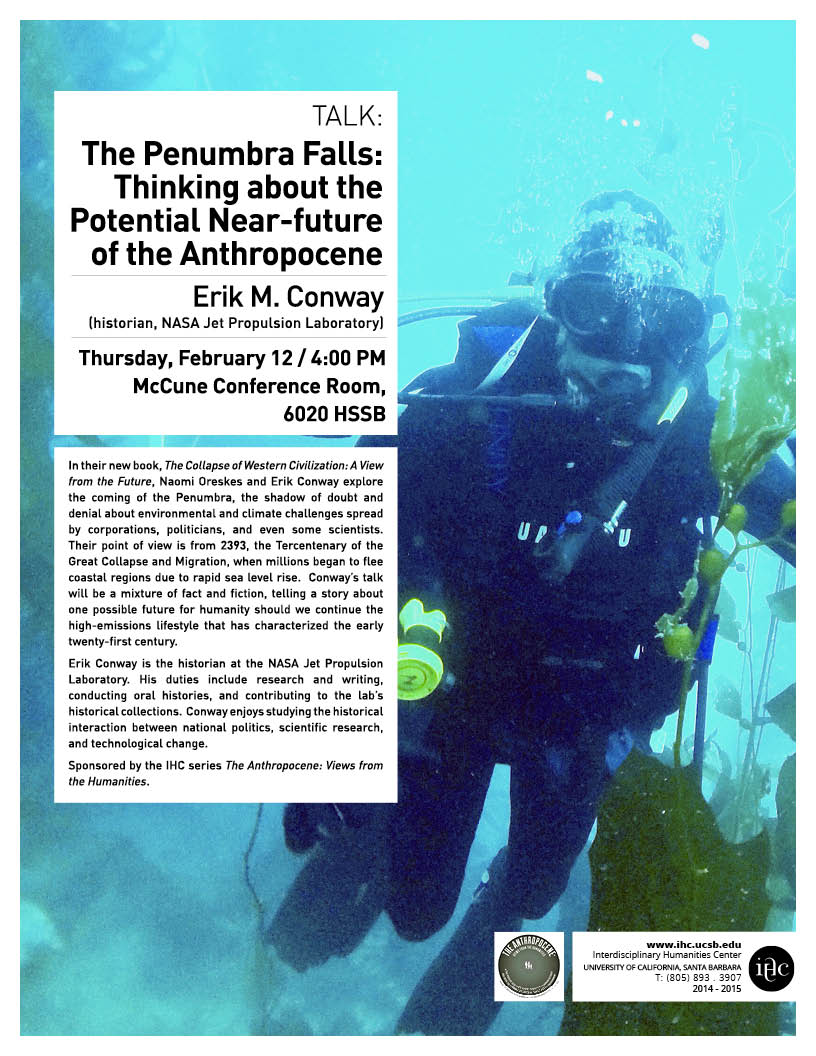 In their new book, The Collapse of Western Civilization: A View from the Future, Naomi Oreskes and Erik Conway explore the coming of the Penumbra, the shadow of doubt and denial about environmental and climate challenges spread by corporations, politicians, and even some scientists. Their point of view is from 2393, the Tercentenary of the Great Collapse and Migration, when millions began to flee coastal regions due to rapid sea level rise.  Conway’s talk will be a mixture of fact and fiction, telling a story about one possible future for humanity should we continue the high-emissions lifestyle that has characterized the early twenty-first century.

Erik Conway is the historian at the NASA Jet Propulsion Laboratory. His duties include research and writing, conducting oral histories, and contributing to the lab’s historical collections.  Conway enjoys studying the historical interaction between national politics, scientific research, and technological change.