The ‘New Abolitionism,’ The Memory of Slavery, and Alternative Models

Home > Upcoming Events  > The ‘New Abolitionism,’ The Memory of Slavery, and Alternative Models

08 Feb The ‘New Abolitionism,’ The Memory of Slavery, and Alternative Models 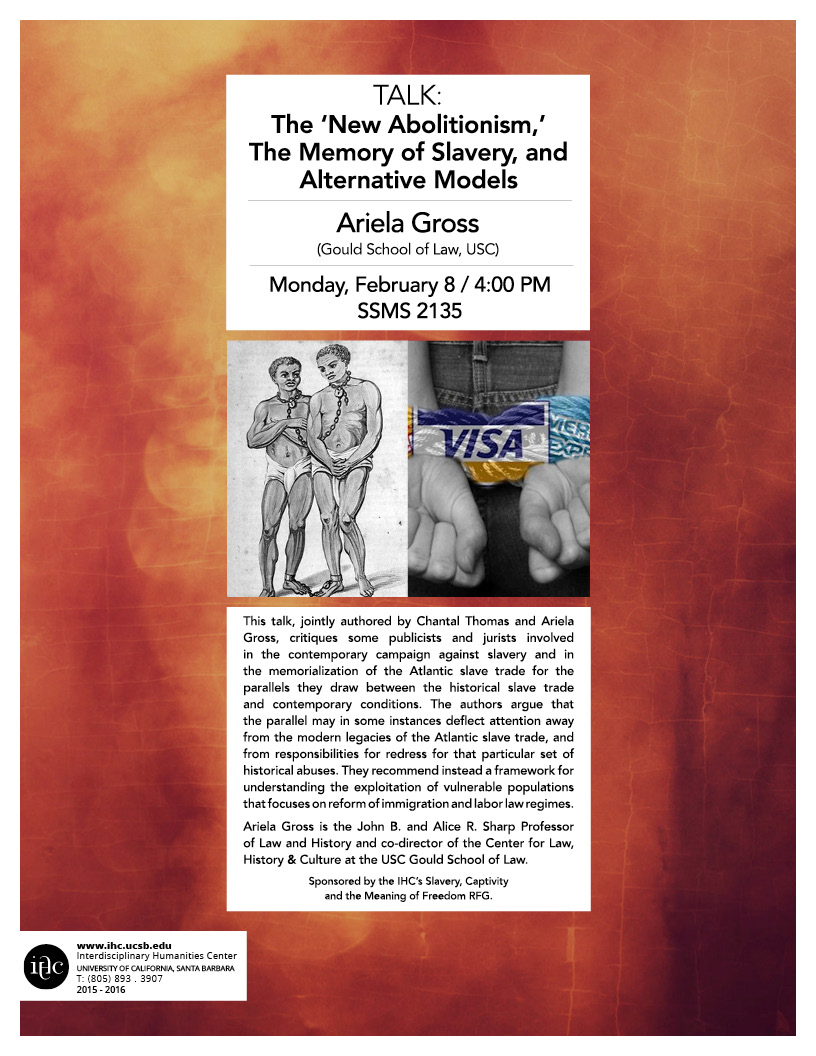 This talk, jointly authored by Chantal Thomas and Ariela Gross, critiques some publicists and jurists involved in the contemporary campaign against slavery and in the memorialization of the Atlantic slave trade for the parallels they draw between the historical slave trade and contemporary conditions. The authors argue that the parallel may in some instances deflect attention away from the modern legacies of the Atlantic slave trade, and from responsibilities for redress for that particular set of historical abuses. They recommend instead a framework for understanding the exploitation of vulnerable populations that focuses on reform of immigration and labor law regimes.

Ariela Gross is the John B. and Alice R. Sharp Professor of Law and History and co-director of the Center for Law, History & Culture at the USC Gould School of Law.

Sponsored by the IHC’s Slavery, Captivity and the Meaning of Freedom RFG.