The Maintainers, or How to Give Up the Innovation Fetish

Home > Upcoming Events  > The Maintainers, or How to Give Up the Innovation Fetish

16 Feb The Maintainers, or How to Give Up the Innovation Fetish 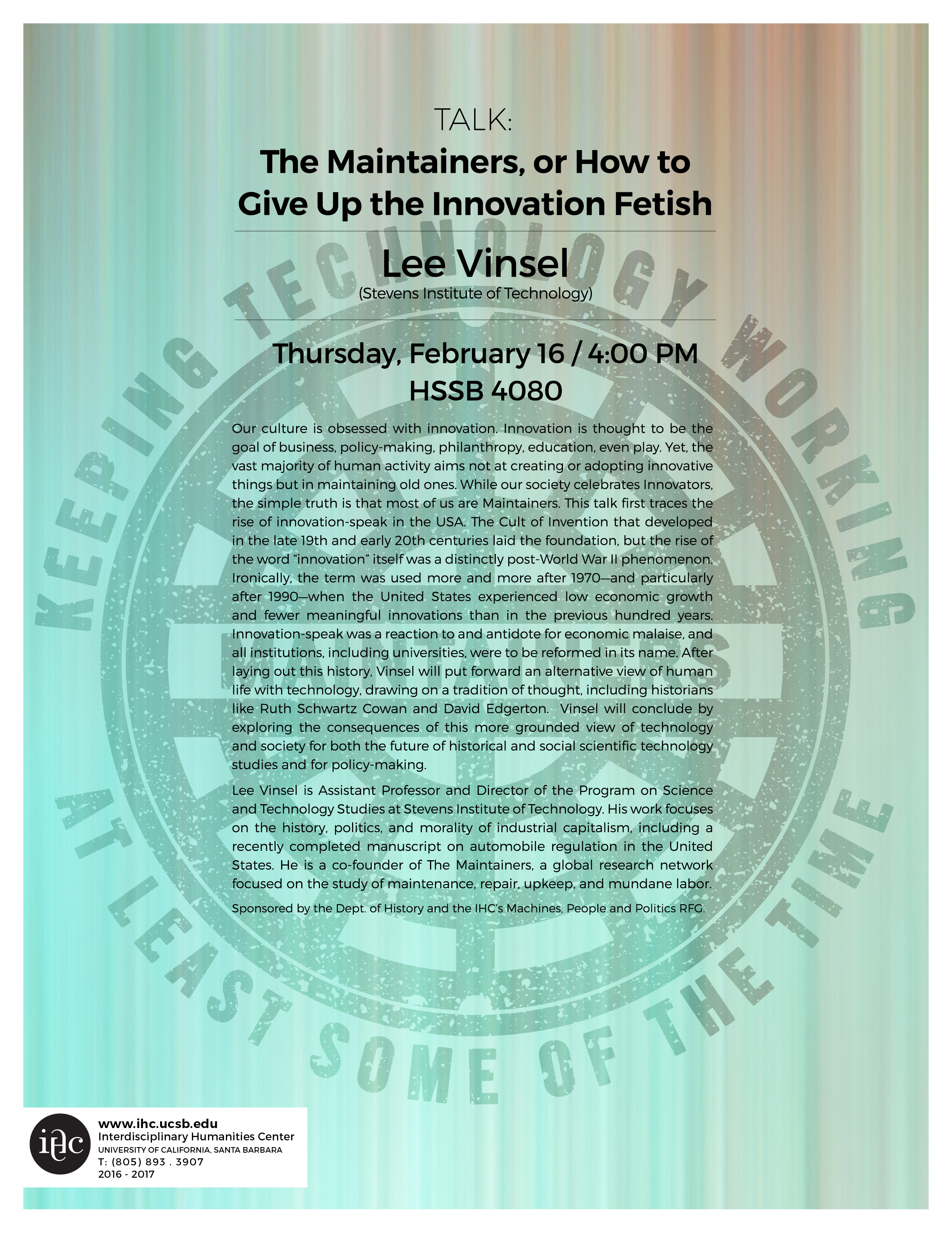 Our culture is obsessed with innovation. Innovation is thought to be the goal of business, policy-making, philanthropy, education, even play. Yet, the vast majority of human activity aims not at creating or adopting innovative things but in maintaining old ones. While our society celebrates Innovators, the simple truth is that most of us are Maintainers. This talk first traces the rise of innovation-speak in the USA. The Cult of Invention that developed in the late 19th and early 20th centuries laid the foundation, but the rise of the word “innovation” itself was a distinctly post-World War II phenomenon. Ironically, the term was used more and more after 1970—and particularly after 1990—when the United States experienced low economic growth and fewer meaningful innovations than in the previous hundred years. Innovation-speak was a reaction to and antidote for economic malaise, and all institutions, including universities, were to be reformed in its name. After laying out this history, Vinsel will put forward an alternative view of human life with technology, drawing on a tradition of thought, including historians like Ruth Schwartz Cowan and David Edgerton. He will conclude by exploring the consequences of this more grounded view of technology and society for both the future of historical and social scientific technology studies and for policy-making.

Lee Vinsel is Assistant Professor and Director of the Program on Science and Technology Studies at Stevens Institute of Technology. His work focuses on the history, politics, and morality of industrial capitalism, including a recently completed manuscript on automobile regulation in the United States. He is a co-founder of The Maintainers, a global research network focused on the study of maintenance, repair, upkeep, and mundane labor.

Sponsored by the Dept. of History and the IHC’s Machines, People and Politics RFG.