The Jewish Odyssey: An Illustrated History 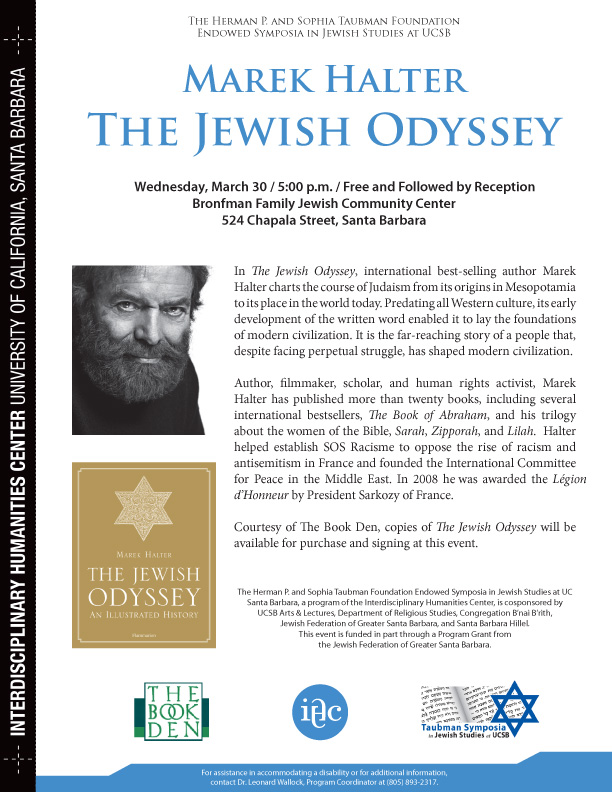 In The Jewish Odyssey, Marek Halter charts the course of Judaism from its origins in Mesopotamia to its place in the world today. Predating all Western culture, its early development of the written word enabled it to lay the foundations of modern civilization.  It is the far-reaching story of a people that, despite facing perpetual struggle, has shaped modern civilization.  Author, filmmaker, scholar, and human rights activist, Marek Halter has published more than twenty books, including several international bestsellers, The Book of Abraham, and his trilogy about the women of the Bible, Sarah, Zipporah, and Lilah.  Halter SOS Racisme to oppose the rise of racism and antisemitism in France and founded the International Committee for Peace in the Middle East.  In 2008 was awarded the Légion d’Honneur by President Sarkozy of France.