The Future of Judaism

27 Nov The Future of Judaism 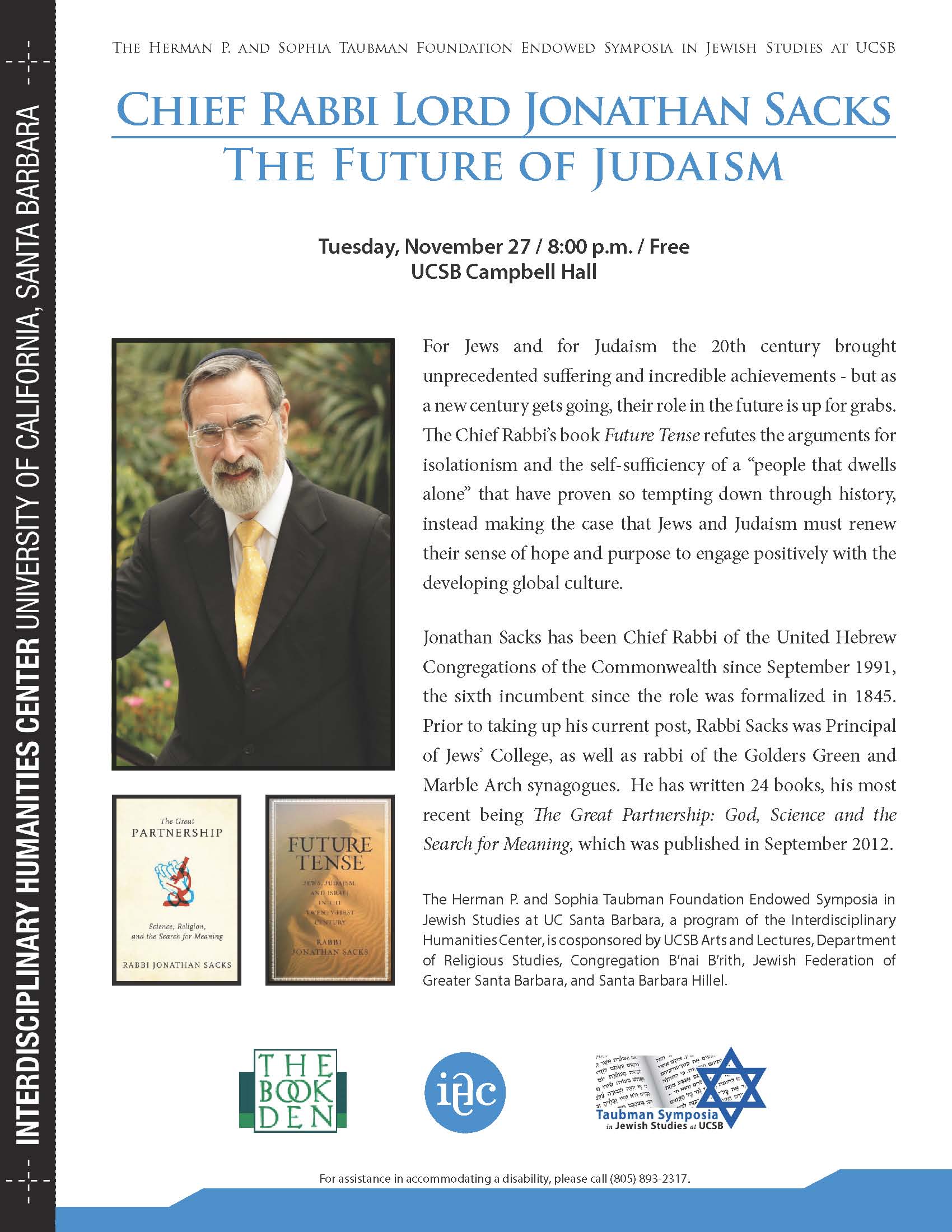 For Jews and for Judaism the twentieth century brought unprecedented suffering and incredible achievements – but as a new century gets going, their role in the future is up for grabs.  The Chief Rabbi’s book Future Tense refutes the arguments for isolationism and the self-sufficiency of  “people that dwells alone” that have proven so tempting down through history, instead making the case that Jews and Judaism must renew their sense of hope and purpose to engage positively with the developing global culture.

Rabbi Sacks has been Chief Rabbi of the United Hebrew Congregations of the Commonwealth since September 1991, the sixth incumbent since the role was formalized in 1845. Prior to taking up his current post, Rabbi Sacks was Principal of Jews’ College, as well as rabbi of the Golders Green and Marble Arch synagogues.

He has written 24 books, his most recent being The Great Partnership: God, Science and the Search for Meaning which was published in July 2011. A number of his books have won literary awards, including the Grawemeyer Prize for Religion in 2004 for The Dignity of Difference, and a National Jewish Book Award in 2000 for A Letter in the Scroll.