Does Democracy Help Maintain Ethnic Identity? The Case of Estonia 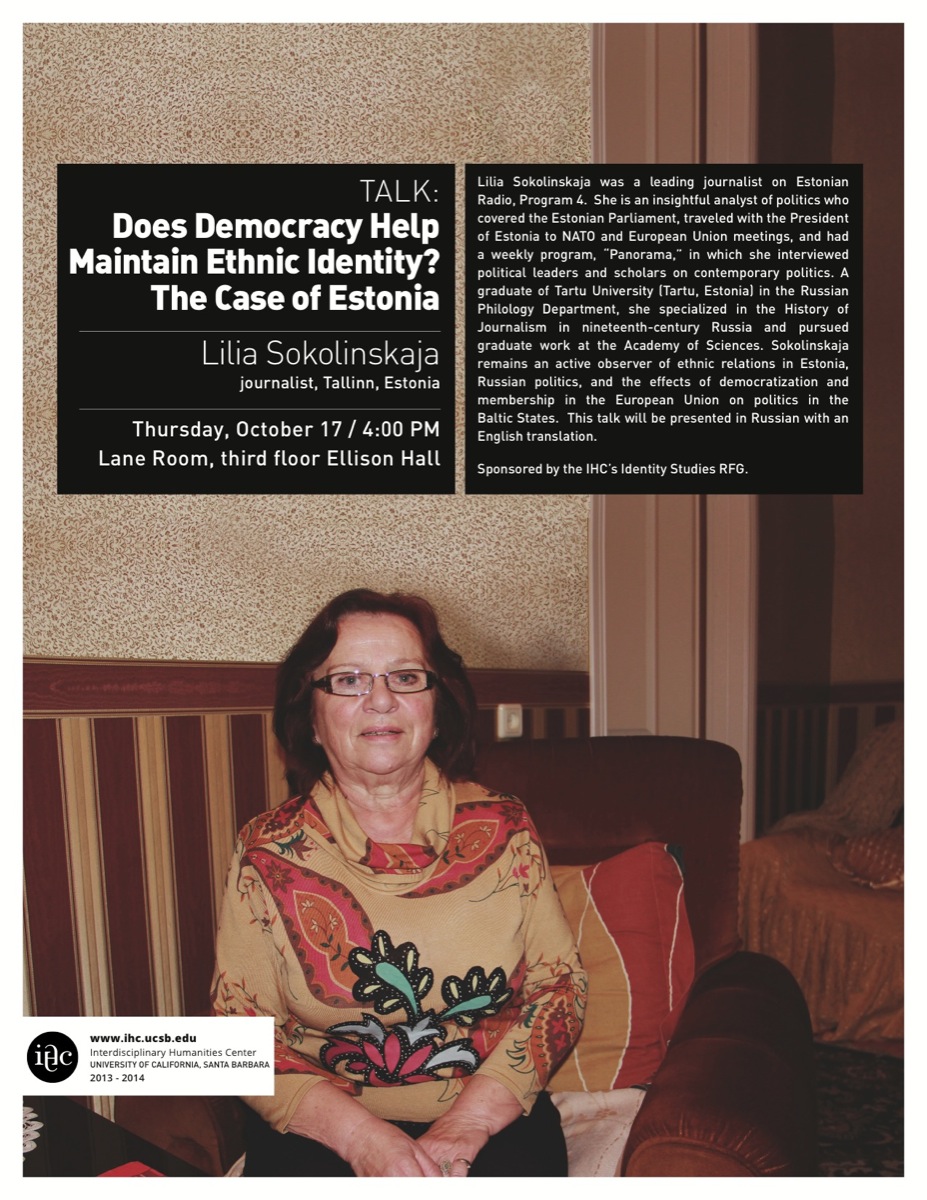 Lilia Sokolinskaja was a leading journalist on Estonian Radio, Program 4.  She is an insightful analyst of politics who covered the Estonian Parliament, traveled with the President of Estonia to NATO and European Union meetings, and had a weekly program, “Panorama,” in which she interviewed political leaders and scholars on contemporary politics.  A graduate of Tartu University (Tartu, Estonia) in the Russian Philology Department, she specialized in the History of Journalism in nineteenth-century Russia and pursued graduate work at the Academy of Sciences. Sokolinskaja remains an active observer of ethnic relations in Estonia, Russian politics, and the effects of democratization and membership in the European Union on politics in the Baltic States.  This talk will be presented in Russian with an English translation.