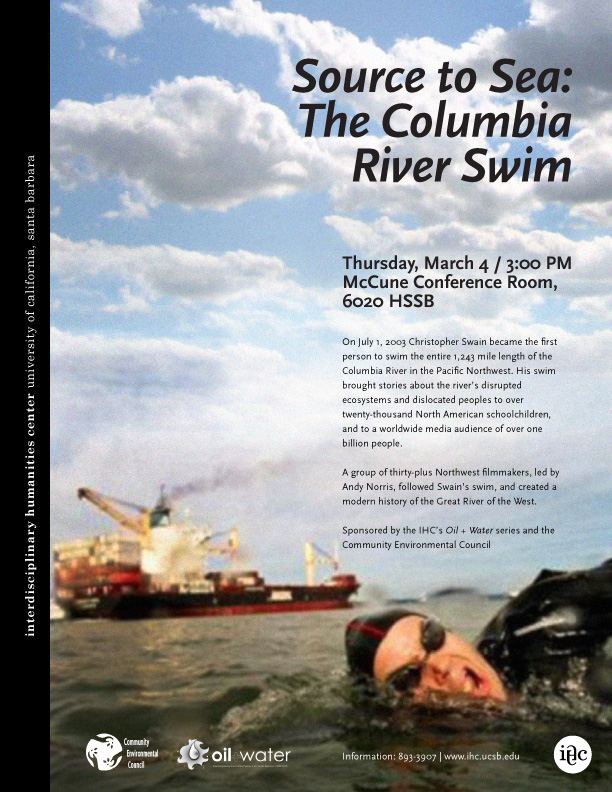 On July 1, 2003 Christopher Swain became the first person to swim the entire 1,243 mile length of the Columbia River in the Pacific Northwest.  His swim brought stories about the river’s disrupted ecosystems and dislocated peoples to over twenty-thousand North American schoolchildren, and to a worldwide media audience of over one billion people.

A group of thirty-plus Northwest filmmakers, led by Andy Norris, followed Swain’s swim, and created a modern history of the Great River of the West.