Sonic Maps of the Japanese Underground 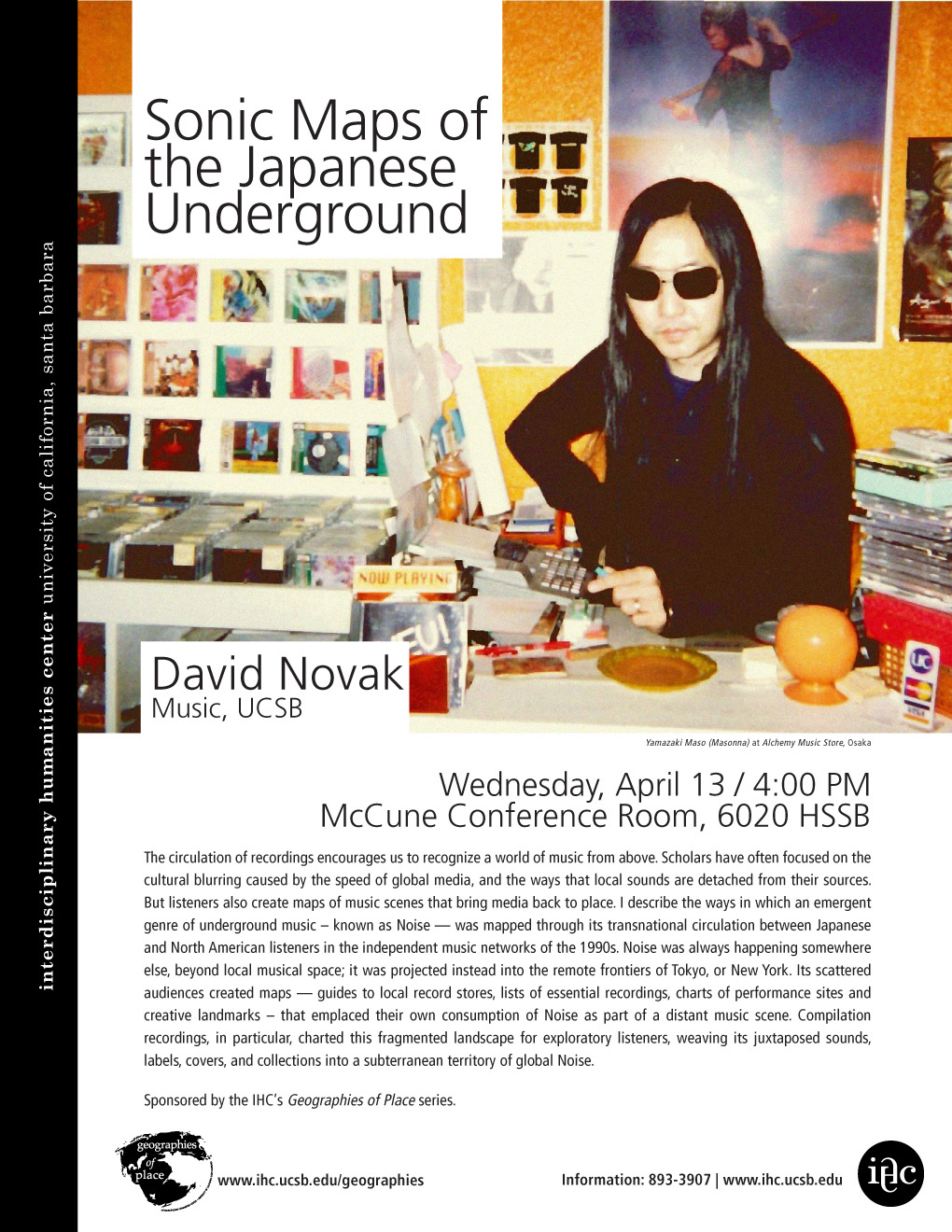 The circulation of recordings encourages us to recognize a world of music from above. Scholars have often focused on the cultural blurring caused by the speed of global media, and the ways that local sounds are detached from their sources. But listeners also create maps of music scenes that bring media back to place. I describe the ways in which an emergent genre of underground music – known as Noise — was mapped through its transnational circulation between Japanese and North American listeners in the independent music networks of the 1990s. Noise was always happening somewhere else, beyond local musical space; it was projected instead into the remote frontiers of Tokyo, or New York. Its scattered audiences created maps — guides to local record stores, lists of essential recordings, charts of performance sites and creative landmarks – that emplaced their own consumption of Noise as part of a distant music scene. Compilation recordings, in particular, charted this fragmented landscape for exploratory listeners, weaving its juxtaposed sounds, labels, covers, and collections into a subterranean territory of global Noise.