Solvang Past and Present

Home > Series  > Solvang Past and Present

16 Feb Solvang Past and Present 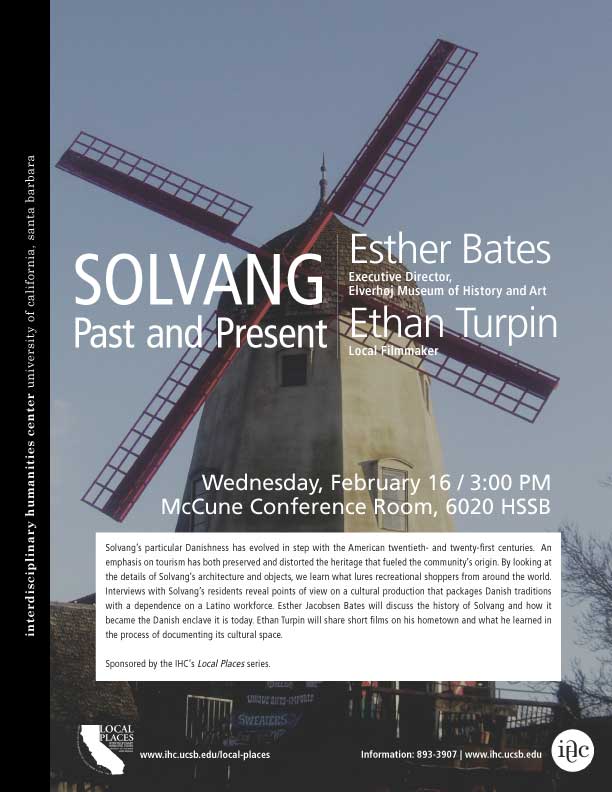 Solvang’s particular Danishness has evolved in step with the American twentieth- and twenty-first centuries.  An emphasis on tourism has both preserved and distorted the heritage that fueled the community’s origin. By looking at the details of Solvang’s architecture and objects, we learn what lures recreational shoppers from around the world. Interviews with Solvang’s residents reveal points of view on a cultural production that packages Danish traditions with a dependence on a Latino workforce. Esther Jacobsen Bates will discuss the history of Solvang and how it became the Danish enclave it is today. Ethan Turpin will share short films on his hometown and what he learned in the process of documenting its cultural space.