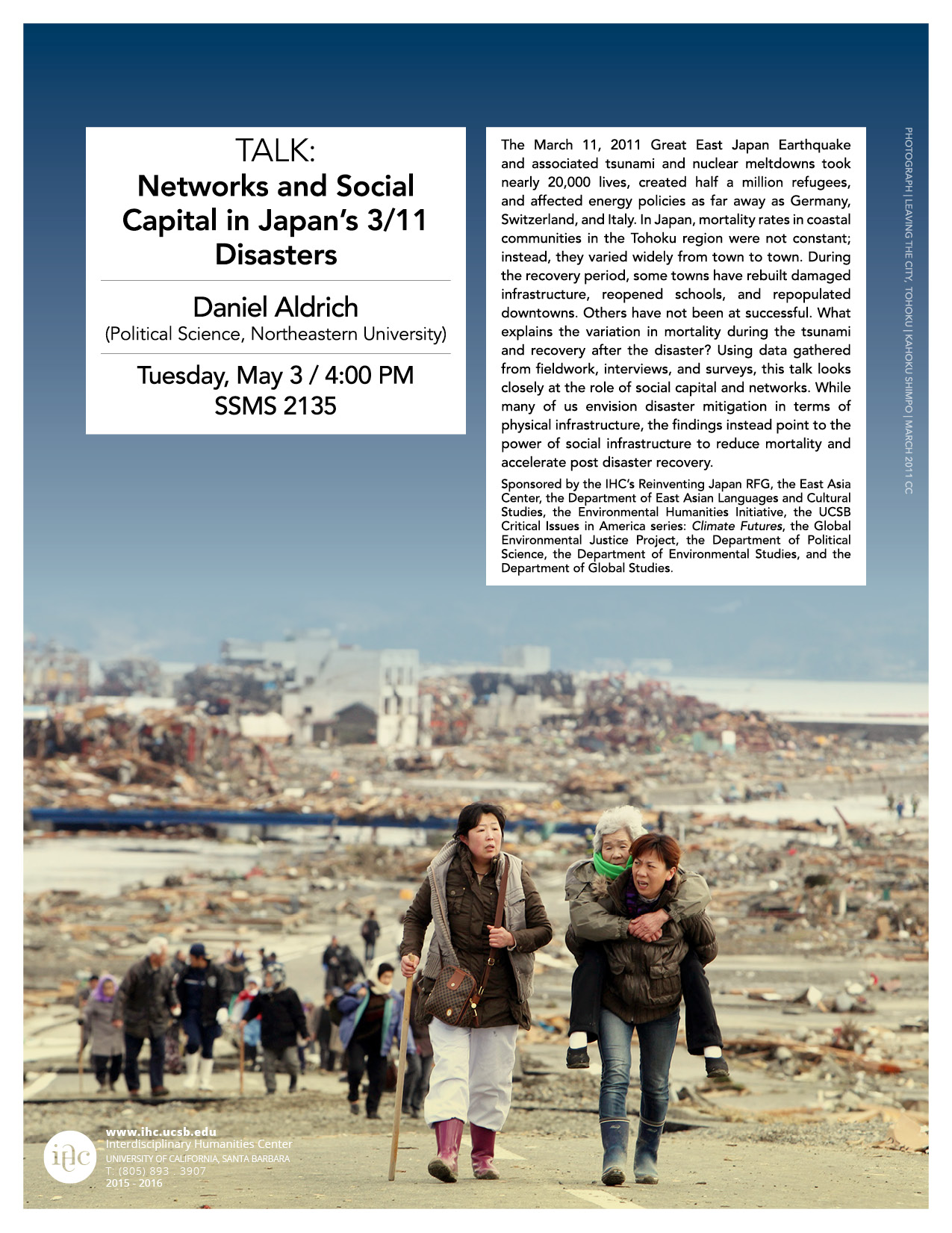 The March 11, 2011 Great East Japan Earthquake and associated tsunami and nuclear meltdowns took nearly 20,000 lives, created half a million refugees, and affected energy policies as far away as Germany, Switzerland, and Italy. In Japan, mortality rates in coastal communities in the Tohoku region were not constant; instead, they varied widely from town to town. During the recovery period, some towns have rebuilt damaged infrastructure, reopened schools, and repopulated downtowns. Others have not been at successful. What explains the variation in mortality during the tsunami and recovery after the disaster? Using data gathered from fieldwork, interviews, and surveys, this talk looks closely at the role of social capital and networks. While many of us envision disaster mitigation in terms of physical infrastructure, the findings instead point to the power of social infrastructure to reduce mortality and accelerate post disaster recovery.