Slow Violence and the Environmentalism of the Poor

Home > Upcoming Events  > Slow Violence and the Environmentalism of the Poor

18 Nov Slow Violence and the Environmentalism of the Poor 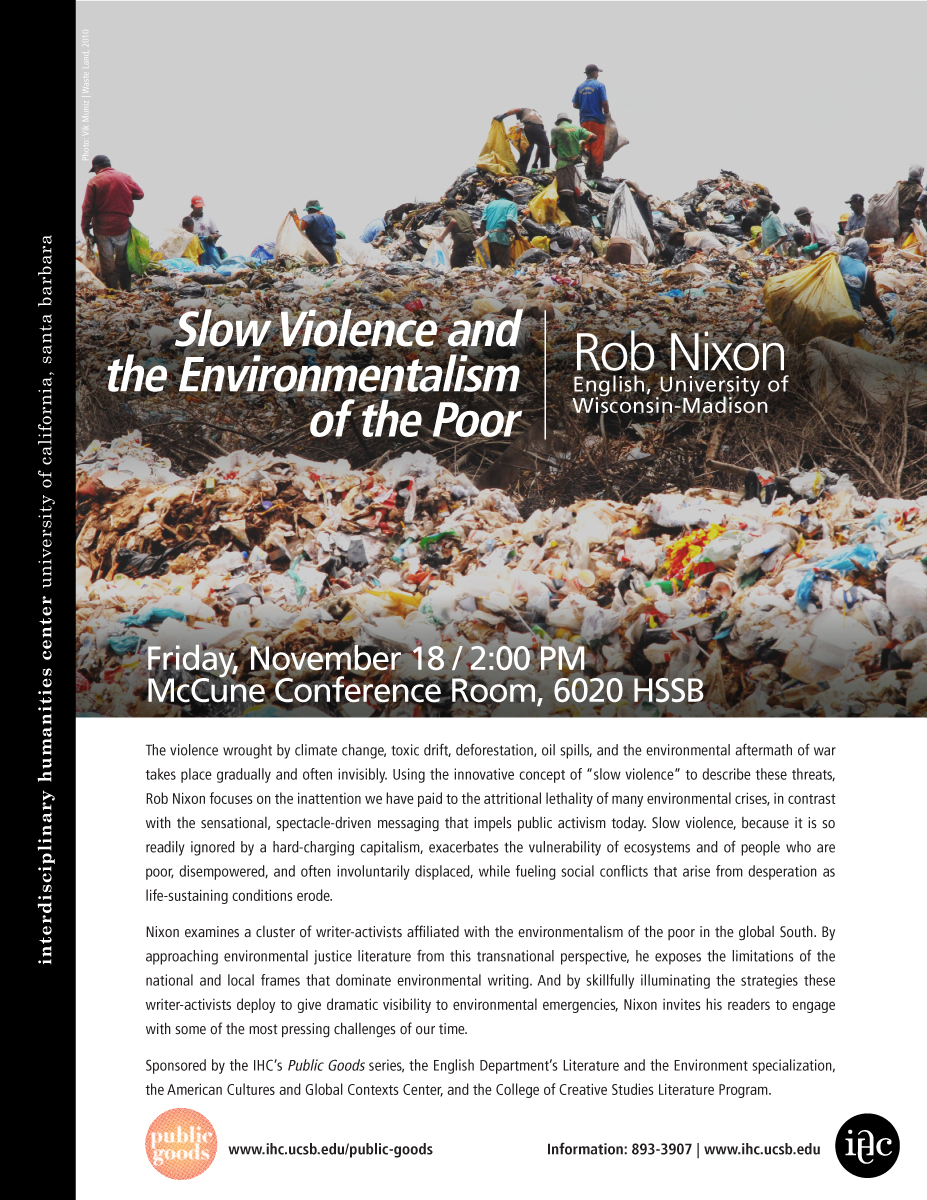 The violence wrought by climate change, toxic drift, deforestation, oil spills, and the environmental aftermath of war takes place gradually and often invisibly. Using the innovative concept of “slow violence” to describe these threats, Rob Nixon focuses on the inattention we have paid to the attritional lethality of many environmental crises, in contrast with the sensational, spectacle-driven messaging that impels public activism today. Slow violence, because it is so readily ignored by a hard-charging capitalism, exacerbates the vulnerability of ecosystems and of people who are poor, disempowered, and often involuntarily displaced, while fueling social conflicts that arise from desperation as life-sustaining conditions erode.

Nixon examines a cluster of writer-activists affiliated with the environmentalism of the poor in the global South. By approaching environmental justice literature from this transnational perspective, he exposes the limitations of the national and local frames that dominate environmental writing. And by skillfully illuminating the strategies these writer-activists deploy to give dramatic visibility to environmental emergencies, Nixon invites his readers to engage with some of the most pressing challenges of our time.

Sponsored by the IHC’s Public Goods series, the English Department’s Literature and the Environment specialization, the American Cultures and Global Contexts Center, and the College of Creative Studies Literature Program.

Click here to listen to a recording of this talk from the IHC series of Public Goods.