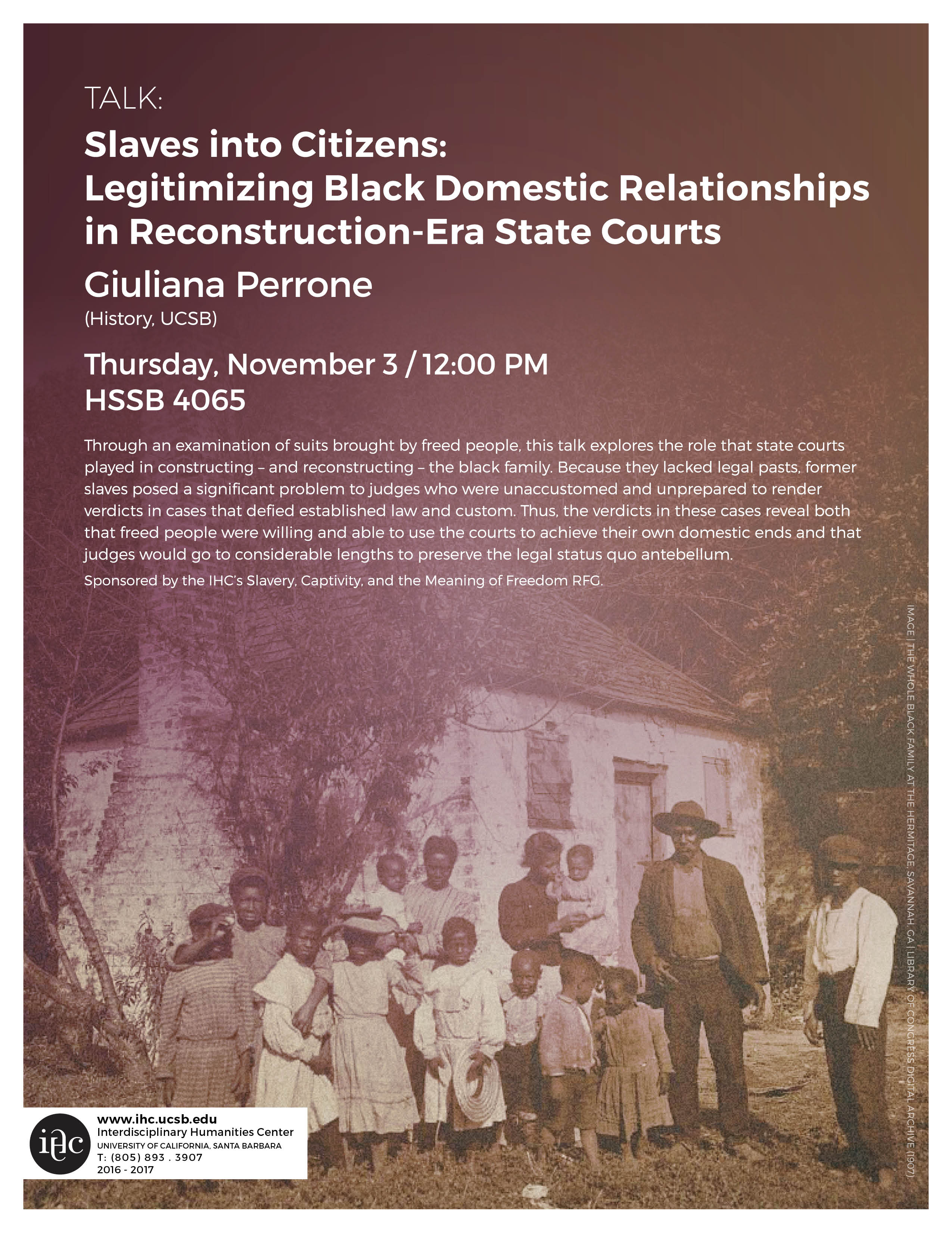 Through an examination of suits brought by freed people, this talk explores the role that state courts played in constructing – and reconstructing – the black family. Because they lacked legal pasts, former slaves posed a significant problem to judges who were unaccustomed and unprepared to render verdicts in cases that defied established law and custom. Thus, the verdicts in these cases reveal both that freed people were willing and able to use the courts to achieve their own domestic ends and that judges would go to considerable lengths to preserve the legal status quo antebellum.

Sponsored by the IHC’s Slavery, Captivity, and the Meaning of Freedom RFG