Shylock in Venice: Staging Shakespeare in the Ghetto

26 Jan Shylock in Venice: Staging Shakespeare in the Ghetto 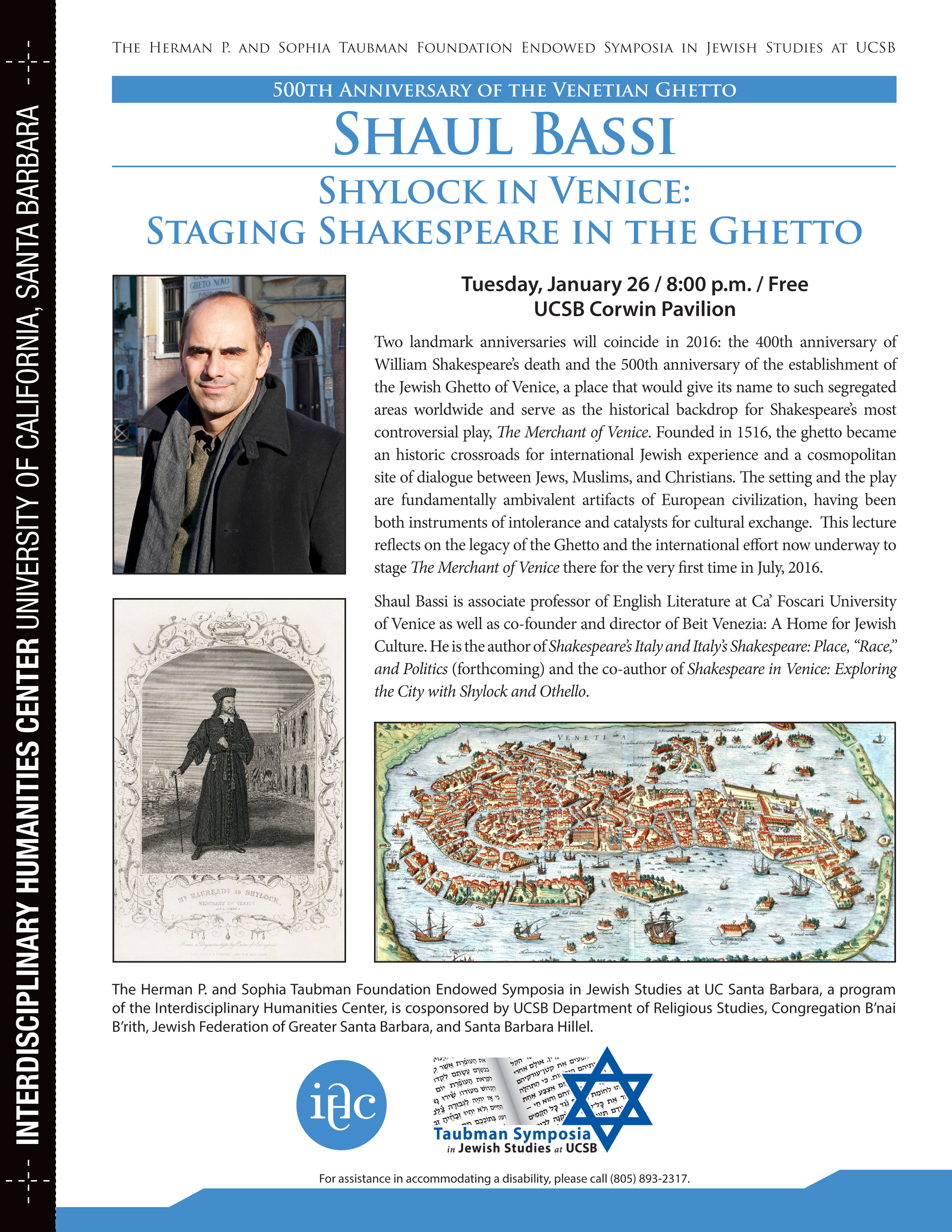 Two landmark anniversaries will coincide in 2016: the 400th anniversary of William Shakespeare’s death and the 500th anniversary of the establishment of the Jewish Ghetto of Venice, a place that would give its name to such segregated areas worldwide and serve as the historical backdrop for Shakespeare’s most controversial play, The Merchant of Venice. Founded in 1516, the ghetto became an historic crossroads for international Jewish experience and a cosmopolitan site of dialogue between Jews, Muslims, and Christians. The setting and the play are fundamentally ambivalent artifacts of European civilization, having been both instruments of intolerance and catalysts for cultural exchange. This lecture reflects on the legacy of the Ghetto and the international effort now underway to stage The Merchant of Venice there for the very first time in July, 2016.

Shaul Bassi is associate professor of English Literature at Ca’ Foscari University of Venice as well as co-founder and director of Beit Venezia: A Home for Jewish Culture. He is the author of Shakespeare’s Italy and Italy’s Shakespeare: Place, “Race,” and Politics (forthcoming) and the co-author of Shakespeare in Venice: Exploring the City with Shylock and Othello.

Sponsored by the Taubman Endowment for Jewish Studies.