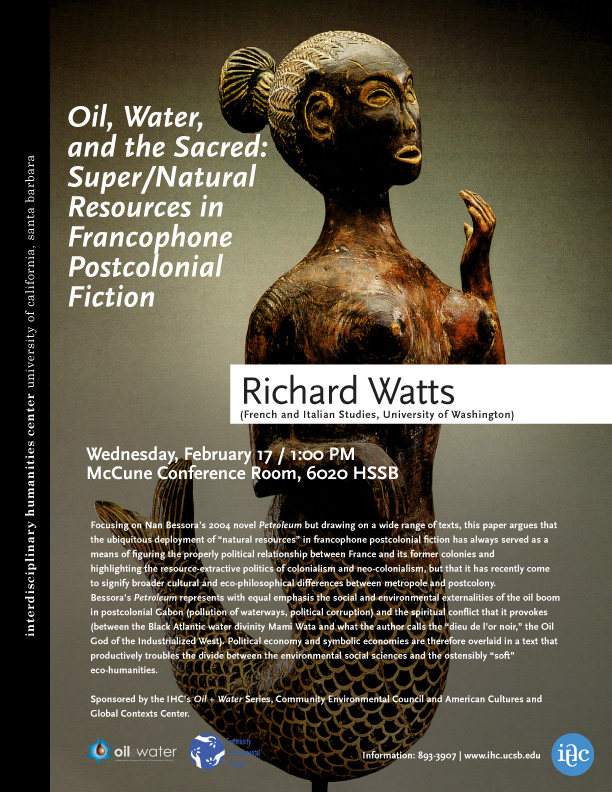 Focusing on Nan Bessora’s 2004 novel Petroleum but drawing on a wide range of texts, this paper argues that the ubiquitous deployment of “natural resources” in francophone postcolonial fiction has always served as a means of figuring the properly political relationship between France and its former colonies and highlighting the resource-extractive politics of colonialism and neo-colonialism, but that it has recently come to signify broader cultural and eco-philosophical differences between metropole and postcolony. Bessora’s Petroleum represents with equal emphasis the social and environmental externalities of the oil boom in postcolonial Gabon (pollution of waterways, political corruption) and the spiritual conflict that it provokes (between the Black Atlantic water divinity Mami Wata and what the author calls the “dieu de l’or noir,” the Oil God of the Industrialized West). Political economy and symbolic economies are therefore overlaid in a text that productively troubles the divide between the environmental social sciences and the ostensibly “soft” eco-humanities.