Revisioning an Ancient Synagogue: New Light from the UT Excavations at Ostia

20 May Revisioning an Ancient Synagogue: New Light from the UT Excavations at Ostia 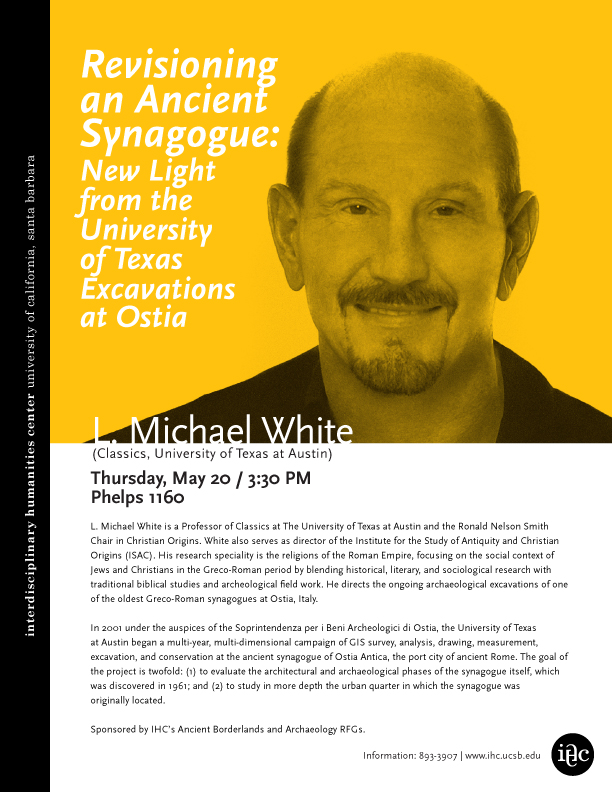 L. Michael White is a Professor of Classics at The University of Texas at Austin and the Ronald Nelson Smith Chair in Christian Origins. White also serves as director of the Institute for the Study of Antiquity and Christian Origins (ISAC). His research speciality is the religions of the Roman Empire, focusing on the social context of Jews and Christians in the Graeco-Roman period by blending historical, literary, and sociological research, with traditional biblical studies and archeological field work.  He directs the ongoing archaeological excavations of one of the oldest Greco-Roman synagogues, at Ostia, Italy.

In 2001 under the auspices of the Soprintendenza per i Beni Archeologici di Ostia, the University of Texas at Austin began a multi-year, multi-dimensional campaign of GIS survey, analysis, drawing, measurement, excavation, and conservation at the ancient synagogue of Ostia Antica, the port city of ancient Rome. The goal of the project is twofold: (1) to evaluate the architectural and archaeological phases of the synagogue itself, which was discovered in 1961; and (2) to study in more depth the urban quarter in which the synagogue was originally located.