Home > Series  > The Humanities and the Brain  > Reading the Brain: Neuro/Science/Fiction

Posted at 13:02h in The Humanities and the Brain, Series, Upcoming Events, IHC Series by Admin 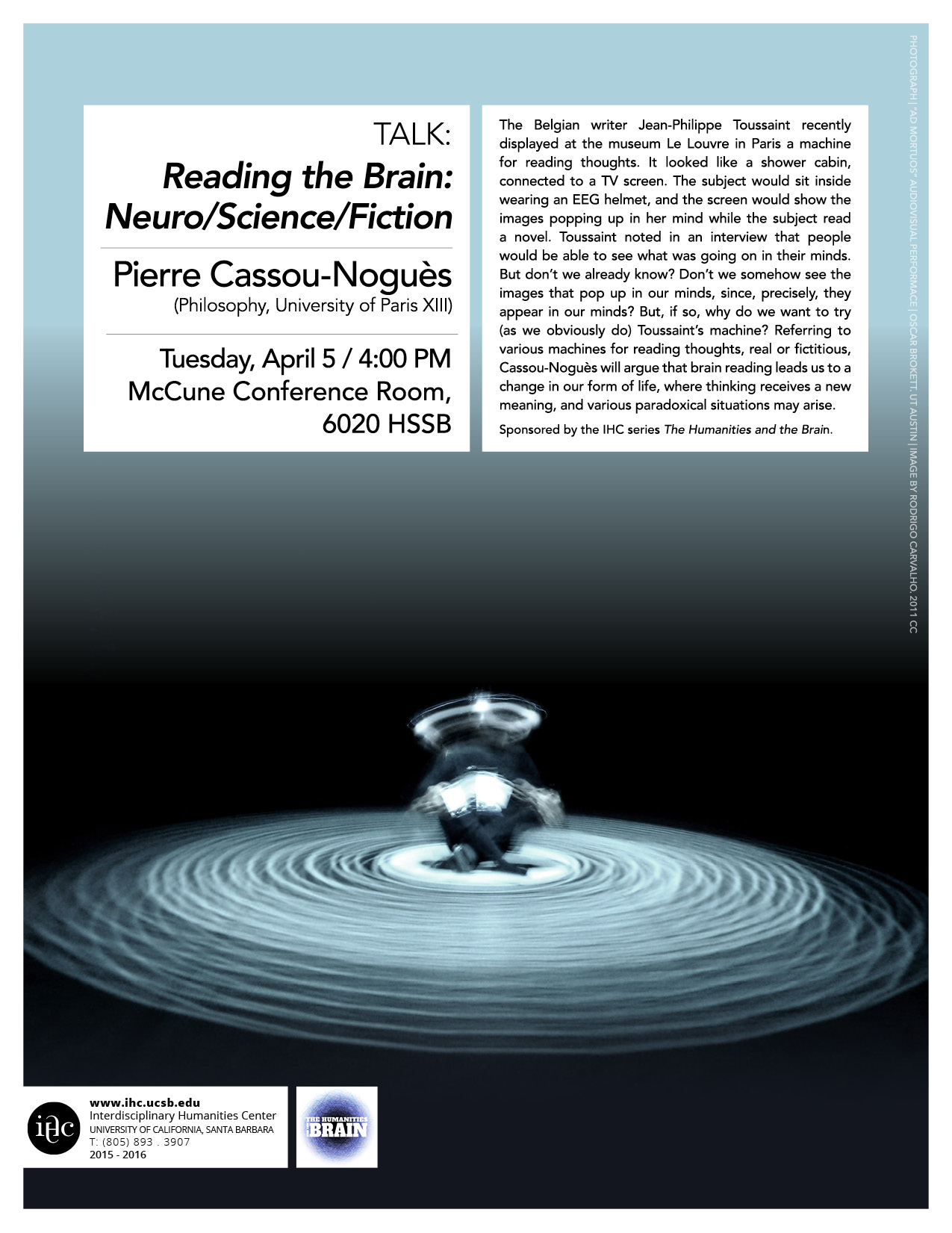 The Belgian writer Jean-Philippe Toussaint recently displayed at the museum Le Louvre in Paris a machine for reading thoughts. It looked like a shower cabin, connected to a TV screen. The subject would sit inside wearing an EEG helmet, and the screen would show the images popping up in her mind while the subject read a novel. Toussaint noted in an interview that people would be able to see what was going on in their minds. But don’t we already know? Don’t we somehow see the images that pop up in our minds, since, precisely, they appear in our minds? But, if so, why do we want to try (as we obviously do) Toussaint’s machine? Referring to various machines for reading thoughts, real or fictitious, Cassou-Noguès will argue that brain reading leads us to a change in our form of life, where thinking receives a new meaning, and various paradoxical situations may arise.

Pierre Cassou-Noguès is Professor in the Philosophy Department of University Paris 8 Vincennes-Saint Denis. He is co-editor of the journal SubStance. His work concerns philosophy in France in the 20th and 21th centuries, and the relationship between science and fiction, Reason and Imagination in Bachelard’s terms. He has recently published Lire le cerveau (Seuil, 2012), Les rêves cybernétiques de Norbert Wiener (Seuil, 2014)

Click here to listen to a recording of Cassou-Noguès’ talk for the 2015-16 IHC series The Humanities and the Brain.

Sponsored by the IHC series Humanities and the Brain.