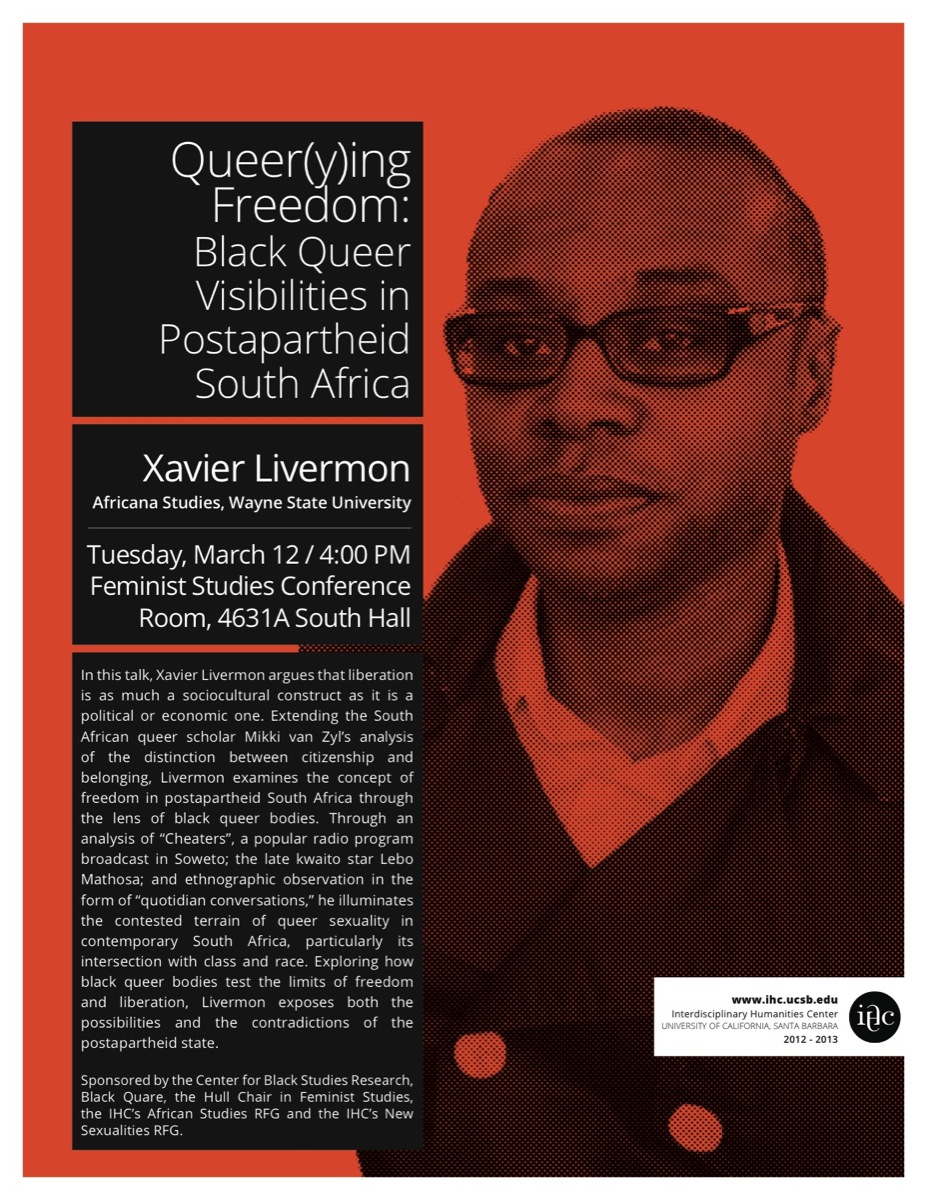 In this talk, Xavier Livermon argues that liberation is as much a sociocultural construct as it is a political or economic one. Extending the South African queer scholar Mikki van Zyl’s analysis of the distinction between citizenship and belonging, Livermon examines the concept of freedom in postapartheid South Africa through the lens of black queer bodies. Through an analysis of “Cheaters”, a popular radio program broadcast in Soweto; the late kwaito star Lebo Mathosa; and ethnographic observation in the form of “quotidian conversations,” he illuminates the contested terrain of queer sexuality in contemporary South Africa, particularly its intersection with class and race. Exploring how black queer bodies test the limits of freedom and liberation, Livermon exposes both the possibilities and the contradictions of the postapartheid state.