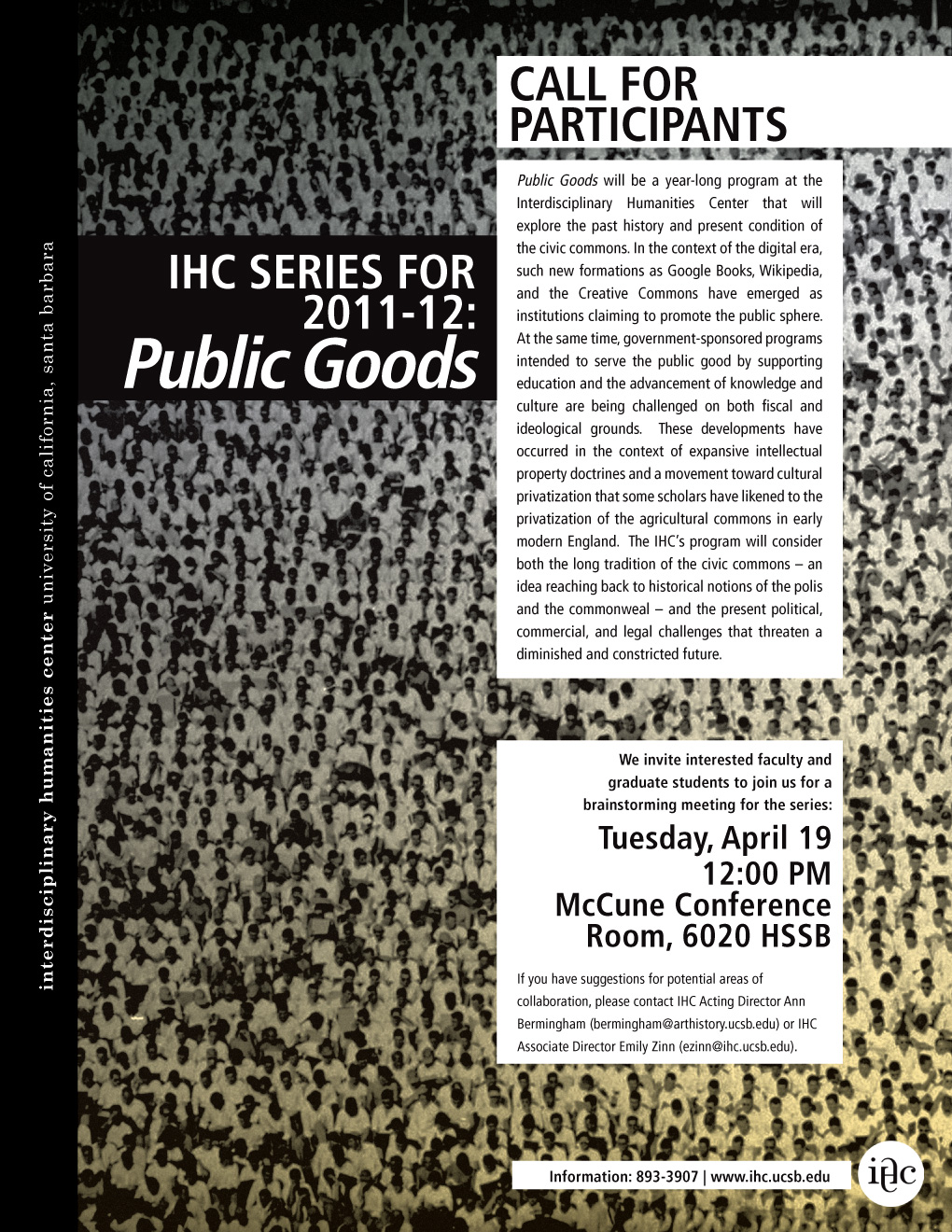 We invite interested faculty and graduate students to join us for a brainstorming meeting for the 2011-2012 IHC series Public Goods. Public Goods will be a year-long program at the Interdisciplinary Humanities Center that will explore the past history and present condition of the civic commons. In the context of the digital era such new formations as Google Books, Wikipedia, and the Creative Commons have emerged as institutions claiming to promote the public sphere. At the same time, however, government-sponsored programs intended to serve the public good by supporting education and the advancement of knowledge and culture are being challenged on both fiscal and ideological grounds. These developments have occurred in the context of expansive intellectual property doctrines and a movement toward cultural privatization that some scholars have likened to the privatization of the agricultural commons in early modern England. The IHC’s program will consider both the long tradition of the civic commons – an idea reaching back to historical notions of the polis and the commonweal – and the present political, commercial, and legal challenges that threaten a diminished and constricted future.