Procuratores: On the Limits of Caring for Another

Home > Upcoming Events  > Procuratores: On the Limits of Caring for Another

24 Apr Procuratores: On the Limits of Caring for Another

Posted at 12:28h in Upcoming Events, IHC Series, The Value of Care by Admin 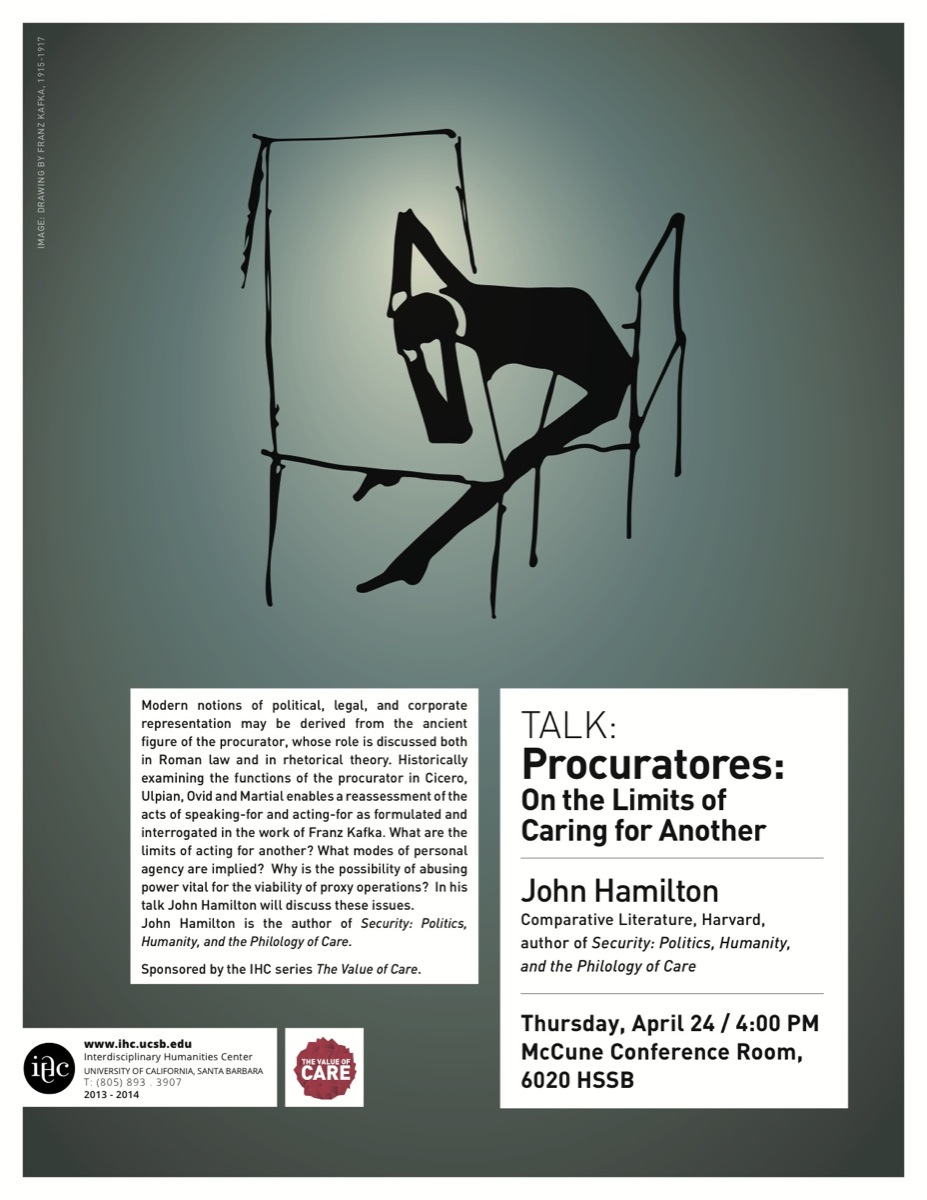 Modern notions of political, legal, and corporate representation may be derived from the ancient figure of the procurator, whose role is discussed both in Roman law and in rhetorical theory. Historically examining the functions of the procurator in Cicero, Ulpian, Ovid and Martial enables a reassessment of the acts of speaking-for and acting-for as formulated and interrogated in the work of Franz Kafka. What are the limits of acting for another? What modes of personal agency are implied? Why is the possibility of abusing power vital for the viability of proxy operations? In his talk John Hamilton will discuss these issues.
John Hamilton is the author of Security: Politics, Humanity, and the Philology of Care.

Sponsored by the IHC series The Value of Care.