Multimedia and the Politics of Attention in Cold War America 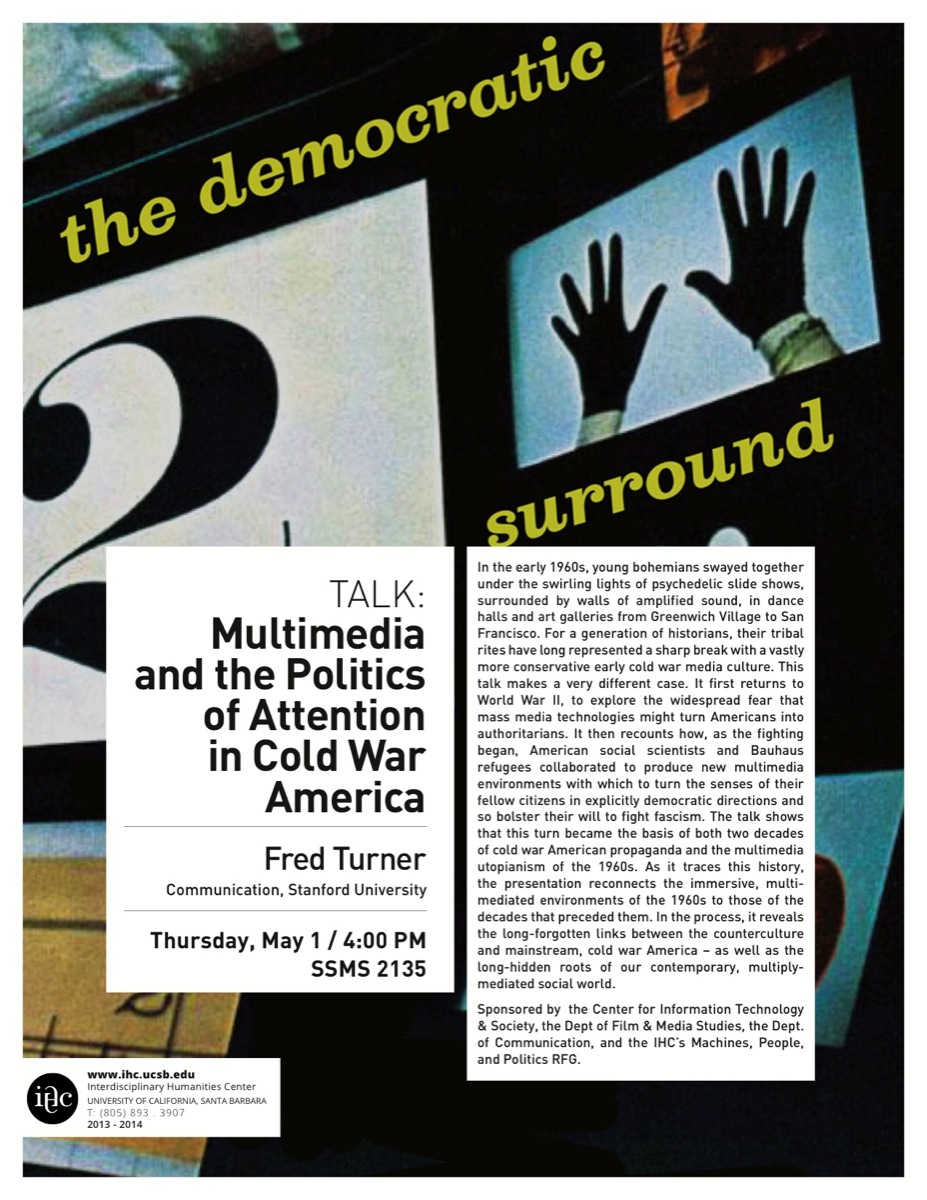 In the early 1960s, young bohemians swayed together under the swirling lights of psychedelic slide shows, surrounded by walls of amplified sound, in dance halls and art galleries from Greenwich Village to San Francisco. For a generation of historians, their tribal rites have long represented a sharp break with a vastly more conservative early cold war media culture. This talk makes a very different case. It first returns to World War II, to explore the widespread fear that mass media technologies might turn Americans into authoritarians. It then recounts how, as the fighting began, American social scientists and Bauhaus refugees collaborated to produce new multimedia environments with which to turn the senses of their fellow citizens in explicitly democratic directions and so bolster their will to fight fascism. The talk shows that this turn became the basis of both two decades of cold war American propaganda and the multimedia utopianism of the 1960s. As it traces this history, the presentation reconnects the immersive, multi-mediated environments of the 1960s to those of the decades that preceded them. In the process, it reveals the long-forgotten links between the counterculture and mainstream, cold war America – as well as the long-hidden roots of our contemporary, multiply-mediated social world.

Fred Turner is Associate Professor of Communication and Director of the Program in Science, Technology, and Society at Stanford University. His books include the widely acclaimed From Counterculture to Cyberculture: Stewart Brand, the Whole Earth Network, and The Rise of Digital Utopianism; and most recently, The Democratic Surround: Multimedia and American Liberalism from World War II to the Psychedelic Sixties. His essays have tackled topics from the rise of reality TV to the role of Burning Man at Google. They can be found online at http://fredturner.stanford.edu.

Sponsored by  the Center for Information Technology & Society, the Dept of Film & Media Studies, the Dept. of Communication, and the IHC’s Machines, People, and Politics RFG.