Pathways to Peace: America and the Arab-Israeli Conflict

20 Oct Pathways to Peace: America and the Arab-Israeli Conflict 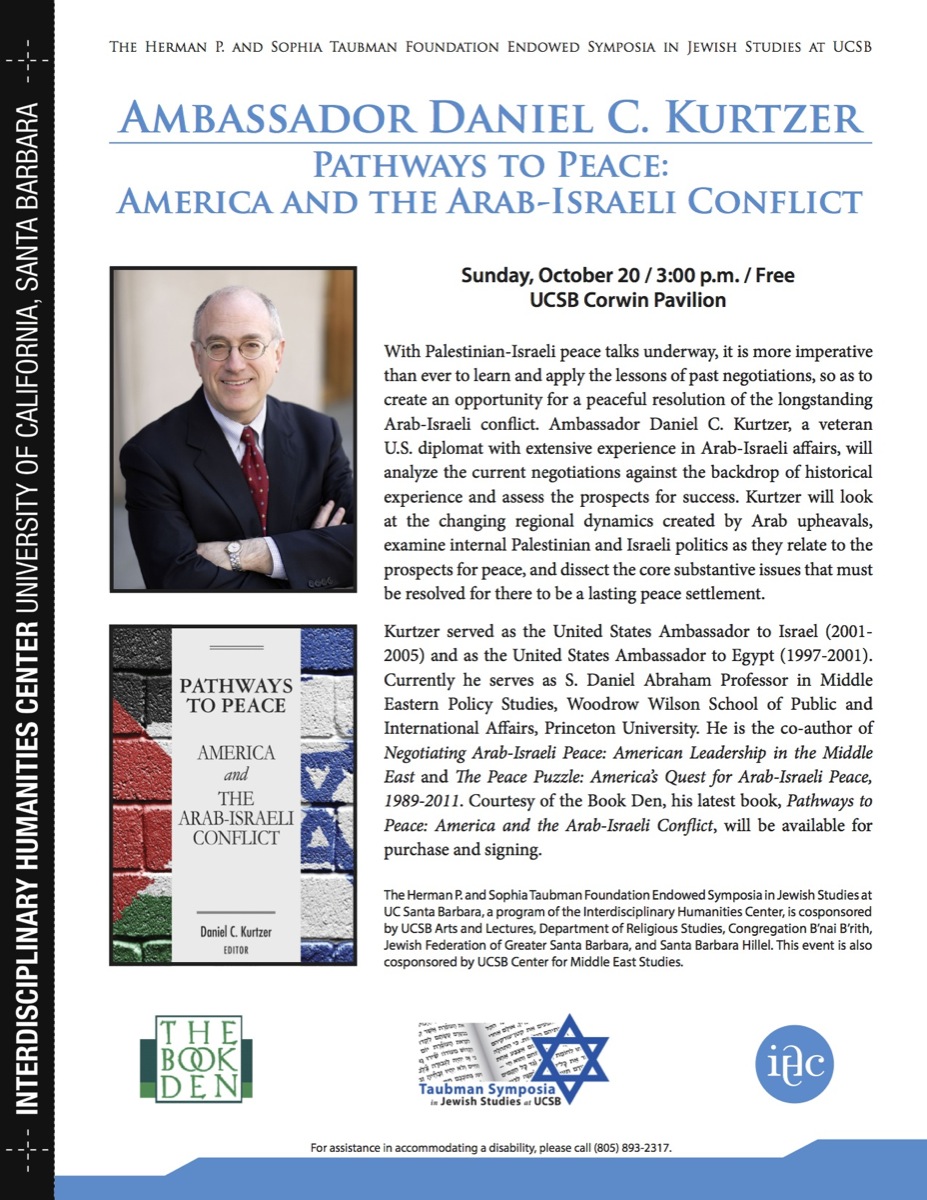 With Palestinian-Israeli peace talks underway, it is more imperative than ever to learn and apply the lessons of past negotiations, so as to create an opportunity for a peaceful resolution of the longstanding Arab-Israeli conflict.  Ambassador Daniel Kurtzer, a veteran U.S. diplomat with extensive experience in Arab-Israeli affairs, will analyze the current negotiations against the backdrop of historical experience and assess the prospects for success.  Kurtzer will look at the changing regional dynamics created by Arab upheavals, examine internal Palestinian and Israeli politics as they relate to the prospects for peace, and dissect the core substantive issues that must be resolved for there to be a lasting peace settlement.  Courtesy of The Book Den, copies of Pathways to Peace will be available for purchase and signing.

Since leaving government service, Kurtzer has authored numerous articles on U.S. policy.  He is the co-author of Negotiating Arab-Israeli Peace: American Leadership in the Middle East (2008), co-author of The Peace Puzzle: America’s Quest for Arab-Israeli Peace, 1989-2011(2013), and editor of Pathways to Peace: America and the Arab-Israeli Conflict (2012).  Kurtzer served as an advisor to the Iraq Study Group, and currently serves as a member of the Board of Trustees of the American University in Cairo, member of the Board of The Middle East Institute; and as a member of the New Jersey-Israel Commission.  He is on the Editorial Board of The Cairo Review of Global Affairs and Israel Studies Review.

Join the Taubman Symposia on Facebook for more information about our events!