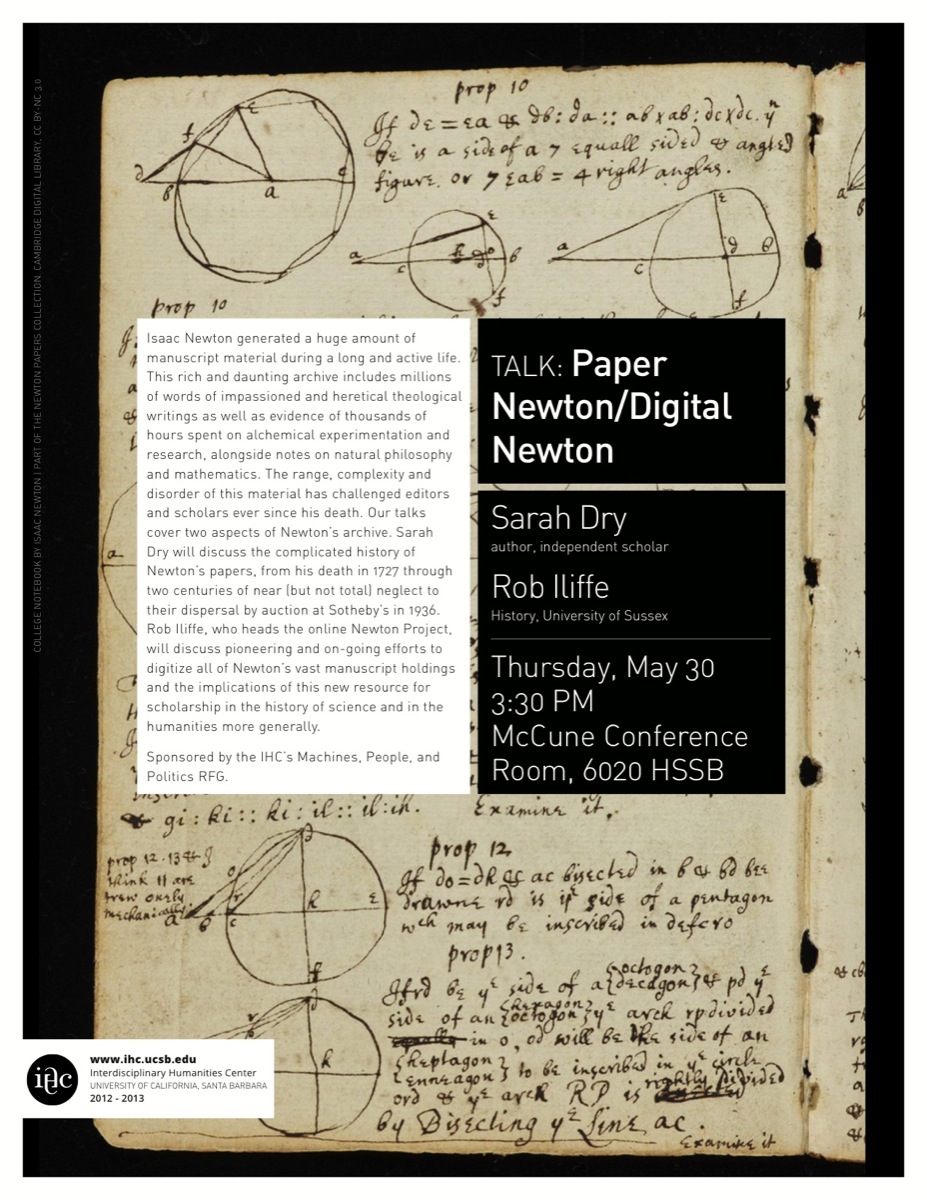 Isaac Newton generated a huge amount of manuscript material during a long and active life.  This rich and daunting archive includes millions of words of impassioned and heretical theological writings as well as evidence of thousands of hours spent on alchemical experimentation and research, alongside notes on natural philosophy and mathematics. The range, complexity and disorder of this material has challenged editors and scholars ever since his death. Our talks cover two aspects of Newton’s archive. Sarah Dry will discuss the complicated history of Newton’s papers, from his death in 1727 through two centuries of near (but not total) neglect to their dispersal by auction at Sotheby’s in 1936. Rob Iliffe, who heads the online Newton Project, will discuss pioneering and on-going efforts to digitize all of Newton’s vast manuscript holdings and the implications of this new resource for scholarship in the history of science and in the humanities more generally.

Sarah Dry is an independent scholar. She has a PhD in the history of science from the University of Cambridge and is the author of Curie: A Life (Haus) and the co-editor of Epidemics: Science, Health and Governance (Earthscan). She is writing a book on the history of the Newton papers for Oxford University Press.

Rob Iliffe is Professor of Intellectual History and the History of Science at the University of Sussex. He is editorial director of the online Newton Project and is finishing a monograph titled Priest of Nature: the religious lives of Isaac Newton (OUP). He has published a number of articles on early modern history and the history of science, and has written the Very Short Introduction to Newton (OUP). Iliffe’s main research interests include: the history of science 1550-1800; the theological and scientific work of Isaac Newton; and the implications for academic work posed by the increasing digitization of the scholarly infrastructure.

Sponsored by the IHC’s Machines, People, and Politics RFG.