No Church in the Wild: Queer Anarchy and The Aesthetics of Chaos

Home > Upcoming Events  > No Church in the Wild: Queer Anarchy and The Aesthetics of Chaos

25 Apr No Church in the Wild: Queer Anarchy and The Aesthetics of Chaos 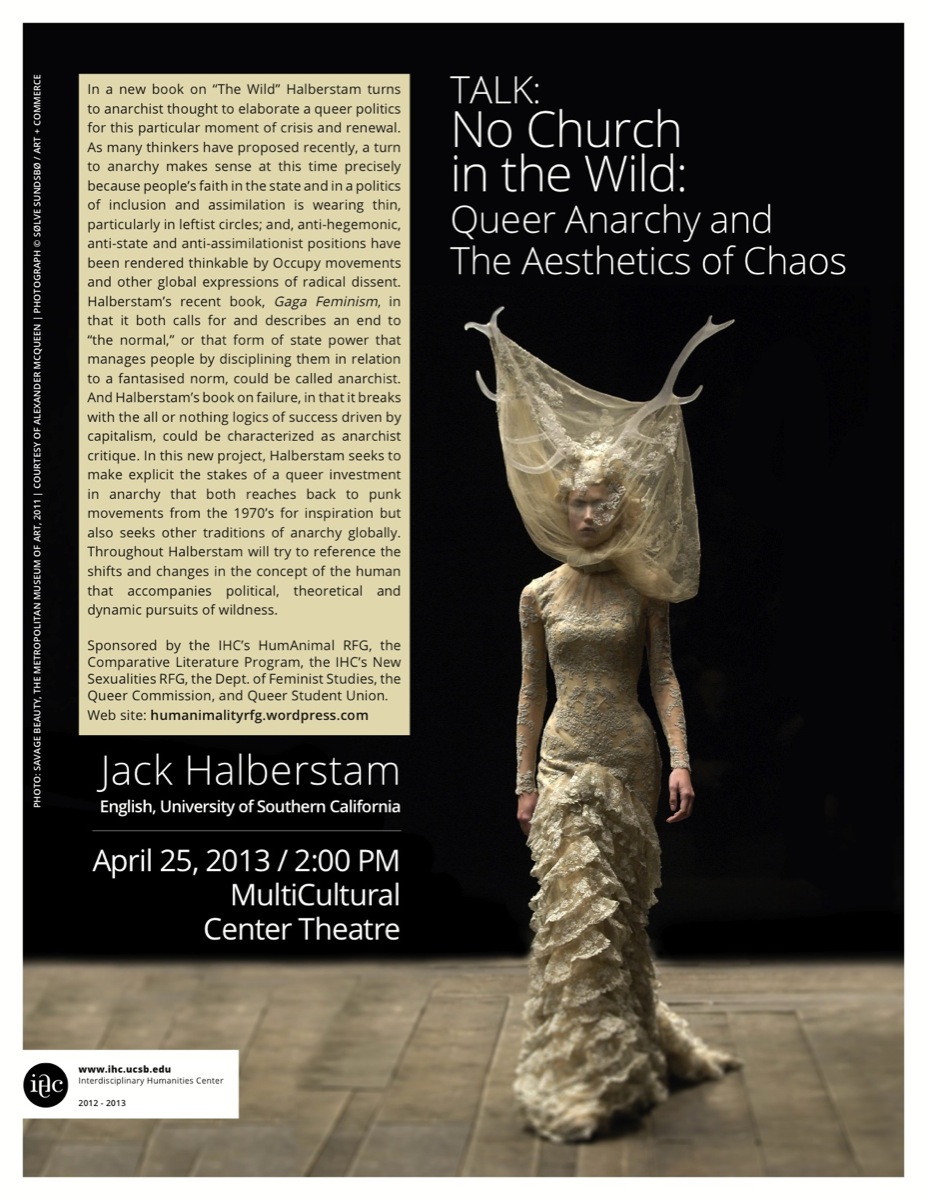 In a new book on “The Wild” Halberstam turns to anarchist thought to elaborate a queer politics for this particular moment of crisis and renewal. As many thinkers have proposed recently, a turn to anarchy makes sense at this time precisely because people’s faith in the state and in a politics of inclusion and assimilation is wearing thin, particularly in leftist circles; and, anti-hegemonic, anti-state and anti-assimilationist positions have been rendered thinkable by Occupy movements and other global expressions of radical dissent. Halberstam’s recent book, Gaga Feminism, in that it both calls for and describes an end to “the normal,” or that form of state power that manages people by disciplining them in relation to a fantasised norm, could be called anarchist. And Halberstam’s book on failure, in that it breaks with the all or nothing logics of success driven by capitalism, could be characterized as anarchist critique. In this new project, Halberstam seeks to make explicit the stakes of a queer investment in anarchy that both reaches back to punk movements from the 1970’s for inspiration but also seeks other traditions of anarchy globally. Throughout Halberstam will try to reference the shifts and changes in the concept of the human that accompanies political, theoretical and dynamic pursuits of wildness.