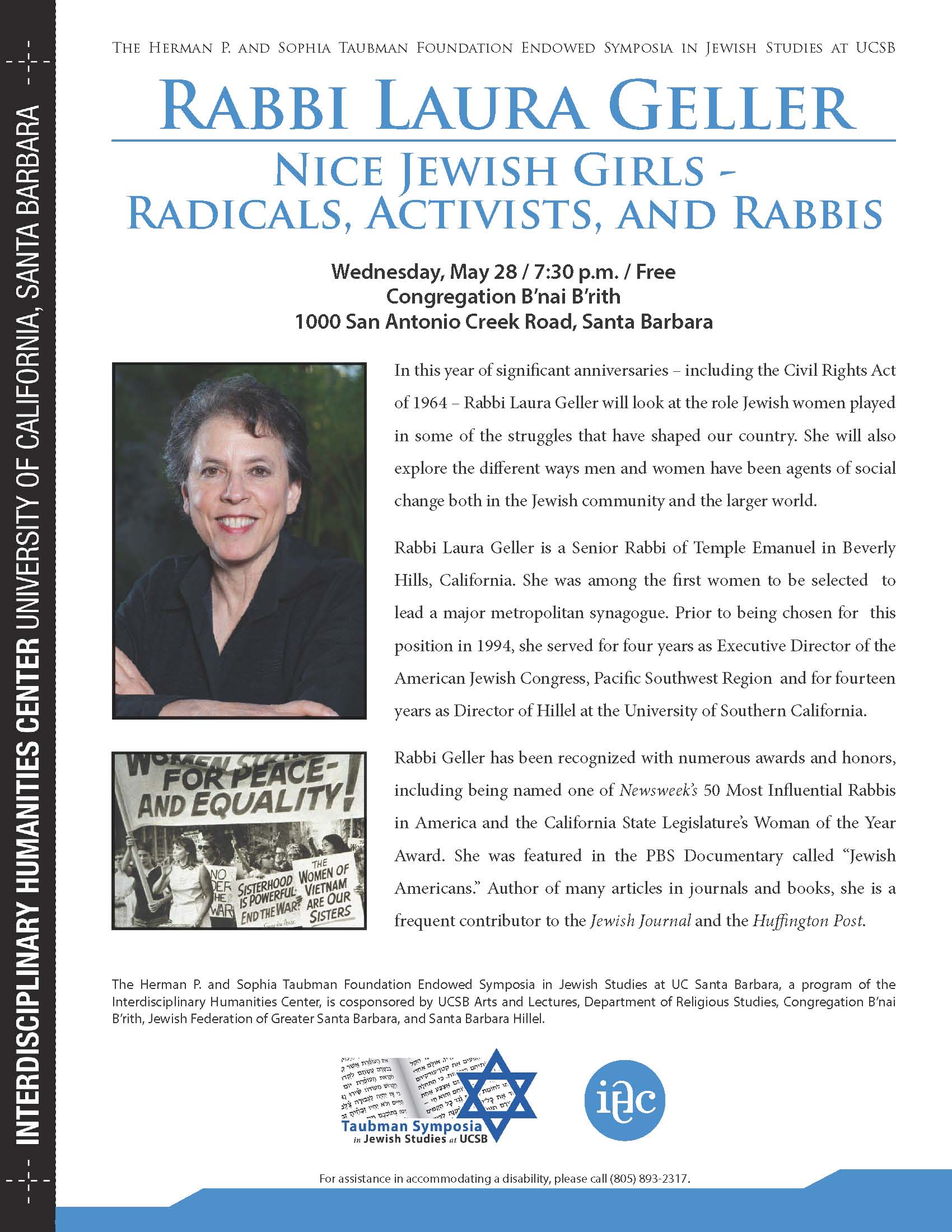 Geller was raised in Brookline, Massachusetts until she was 15, when her family moved to New York City. She attended the Dalton School, then graduated from Brown University in 1971.Geller was ordained by the Hebrew Union College-Jewish Institute of Religion in 1975. In 2000, she was part of the first group of rabbis to attend the Jewish meditation training program of the Institute for Jewish Spirituality.

Prior to her rabbinate, she was the director of the American Jewish Congress branch in Los Angeles from 1990 until 1994. She was also the founding Chair of the City of Beverly Hills Human Relations Commission.

In 1994, she became the first woman to lead a major metropolitan congregation, Temple Emanuel in Beverly Hills, California. She was also the first female rabbi to become Hillel director at the University of Southern California in Los Angeles, a job she held for fourteen years. While at Hillel, she co-organized the national conference “Illuminating the Unwritten Scroll: Women’s Spirituality and Jewish Tradition.”

She has been awarded the A.C.L.U. of Southern California Award for Fostering Racial and Cultural Harmony, the Alan J. Kassin Award for Outstanding Professional Achievement, the Los Angeles County Commission on the Status of Women Recognition Award, and the Woman of the Year Award from the California state legislature. In 2000, she was declared one of the “Hundred Most Distinguished Brown University Alumni of the Past Century,” and in 2007 The Forward named her one of the “Forward 50 Individuals who are doing or saying things that are making a difference in the way American Jews view themselves (and who) have left a mark.” The Forward also named her one of the “50 Most Influential Woman Rabbis in America,” and the PBS documentary The Jewish Americans featured her. She served on the Board of Governors of the Hebrew Union College from 2001 until 2008.She is a Rabbinic Fellow at the Hartman Institute in Jerusalem.

In 2010 she was featured in the documentary film “Kol Ishah: The Rabbi is a Woman”, directed by Hannah Heer.