Posted at 10:07h in Upcoming Events, IHC Series, The Value of Care by Admin 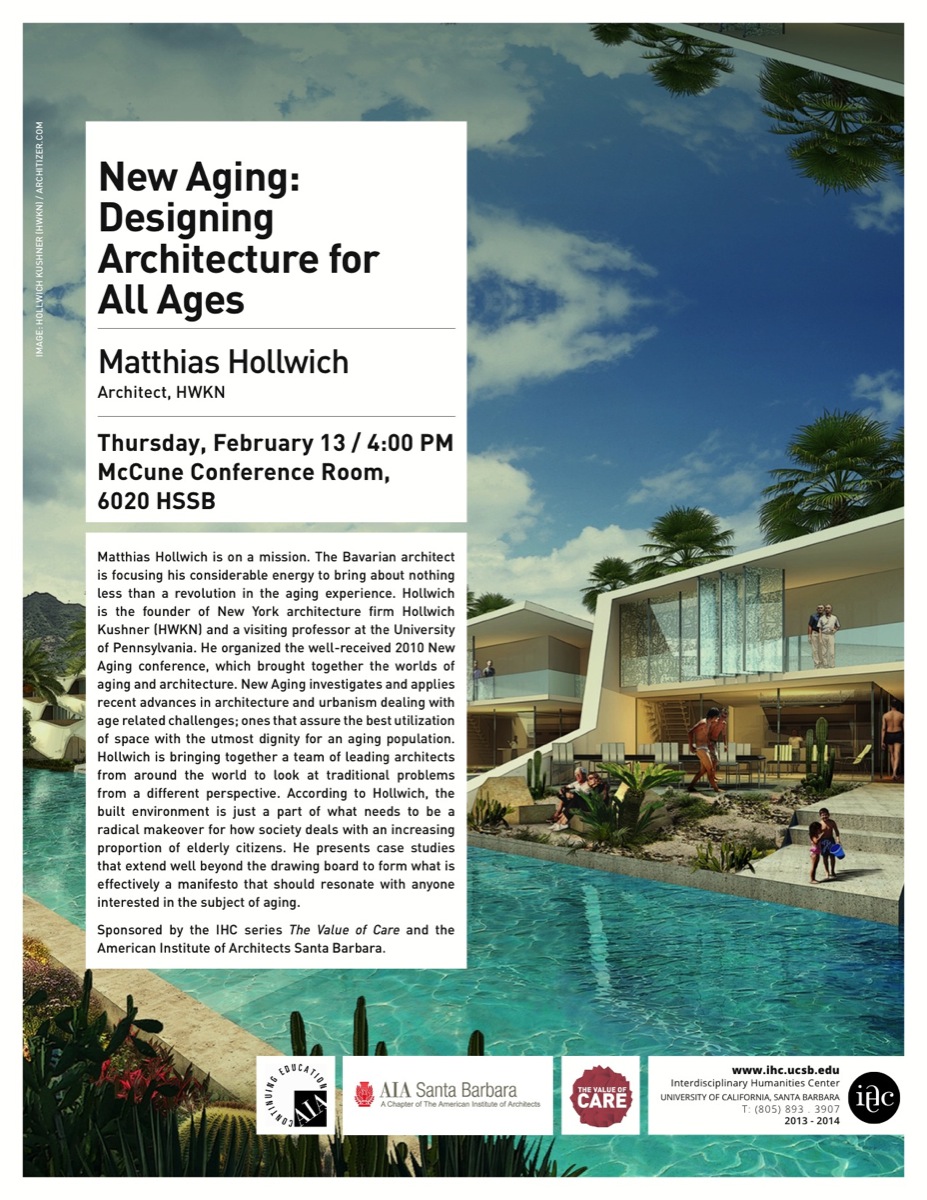 Matthias Hollwich is on a mission. The Bavarian architect is focusing his considerable energy to bring about nothing less than a revolution in the aging experience. Hollwich is the founder of New York architecture firm Hollwich Kushner (HWKN) and a visiting professor at the University of Pennsylvania .  He organized the well-received 2010 New Aging conference, which brought together the worlds of aging and architecture. New Aging investigates and applies recent advances in architecture and urbanism dealing with age related challenges; ones that assure the best utilization of space with the utmost dignity for an aging population.  Hollwich is bringing together a team of leading architects from around the world to look at traditional problems from a different perspective. According to Hollwich, the built environment is just a part of what needs to be a radical makeover for how society deals with an increasing proportion of elderly citizens. He presents case studies that extend well beyond the drawing board to form what is effectively a manifesto that should resonate with anyone interested in the subject of aging.

Sponsored by the IHC series The Value of Care and the American Institute of Architects Santa Barbara.

Click here to listen to a recording of this talk from the IHC series The Value of Care.