National Identities: The Changing Identities of Central Asia, Russia, and the Caucasus

22 Nov National Identities: The Changing Identities of Central Asia, Russia, and the Caucasus 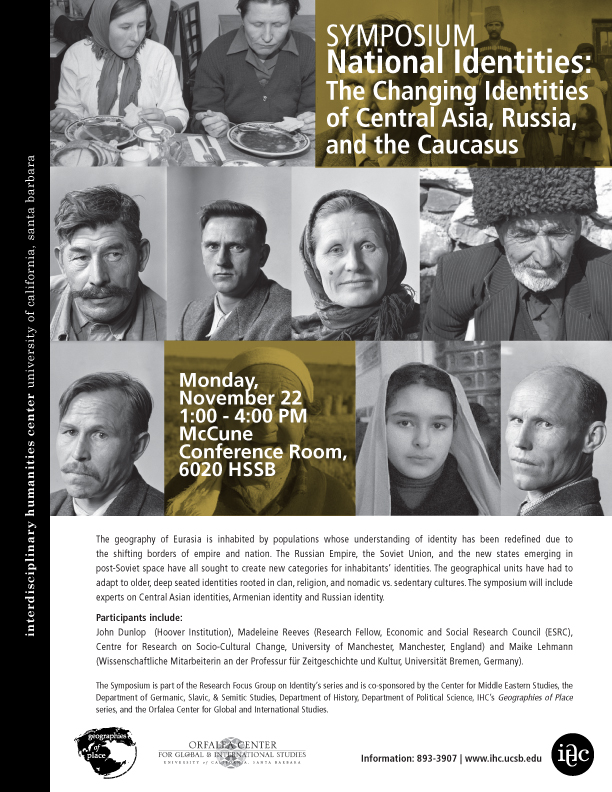 Monday, November 22, 2010 / 1:00 PM
McCune Conference Room, HSSB 6020
The geography of Eurasia is inhabited by populations whose understanding of identity has been redefined due to the shifting borders of empire and nation. The Russian Empire, the Soviet Union, and the new states emerging in post-Soviet space have all sought to create new categories for inhabitants’ identities. The geographical units have had to adapt to older, deep seated identities rooted in clan, religion, and nomadic vs. sedentary cultures. The symposium will include experts on Central Asian identities, Armenian identity and Russian identity.