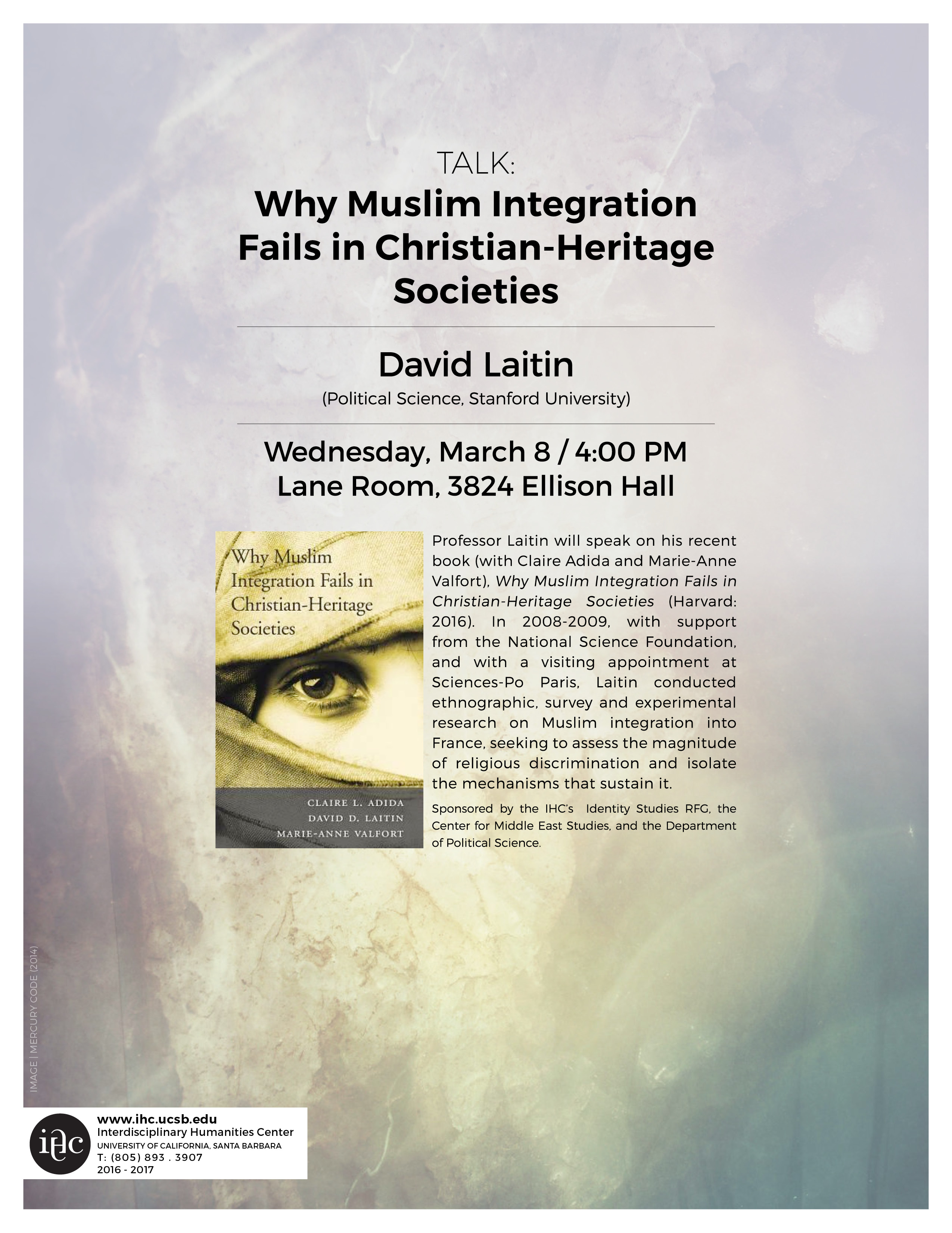 Professor Laitin will speak on his recent book (with Claire Adida and Marie-Anne Valfort) , Why Muslim Integration Fails in Christian-Heritage Societies (Harvard; 2016). In 2008-2009, with support from the National Science Foundation, and with a visiting appointment at Sciences-Po Paris, Laitin conducted ethnographic, survey and experimental research on Muslim integration into France, seeking to assess the magnitude of religious discrimination and isolate the mechanisms that sustain it.

Sponsored by the IHC’s  Identity Studies RFG, the Center for Middle East Studies, and the Department of Political Science.