Mobilizing Opportunities: The Evolving Latino Electorate and the Future of American Politics

06 Mar Mobilizing Opportunities: The Evolving Latino Electorate and the Future of American Politics 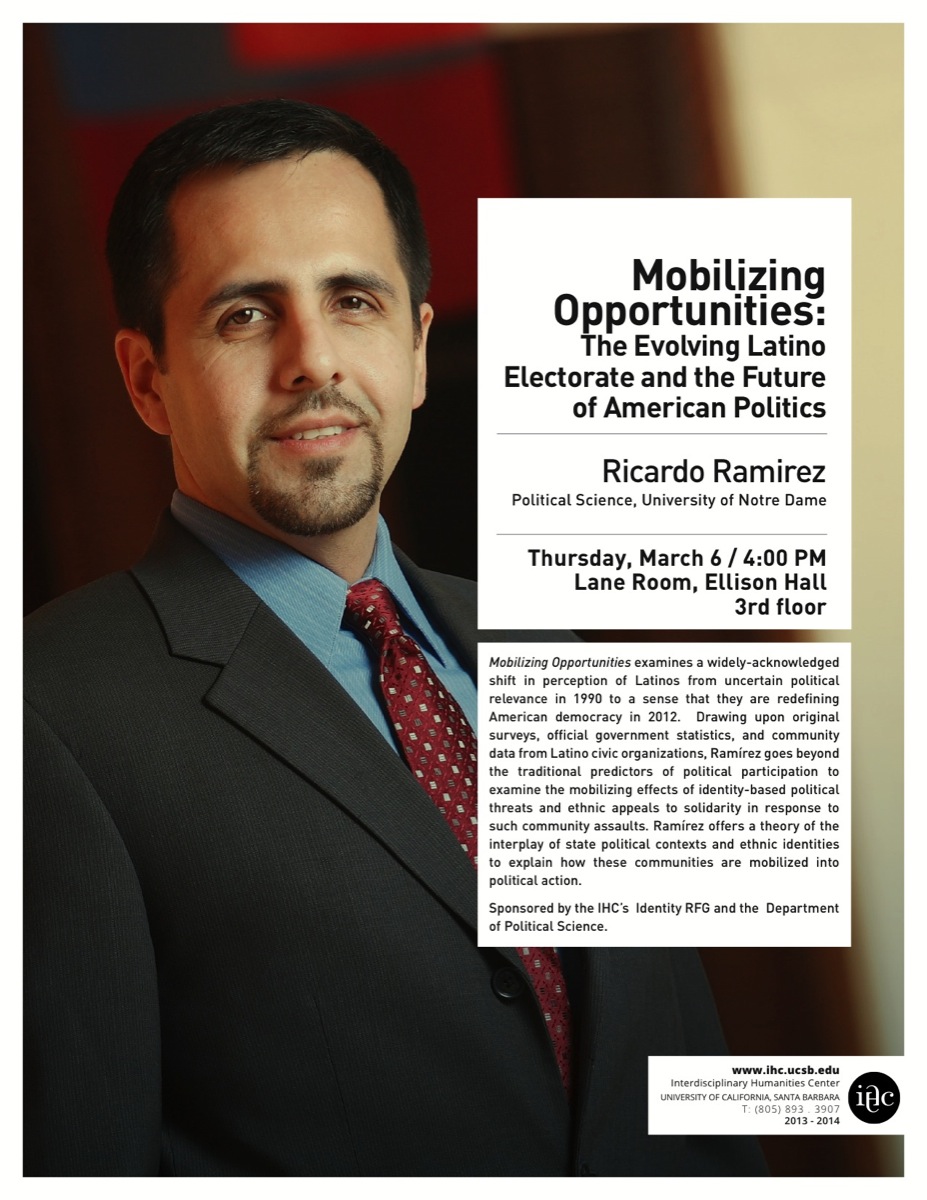 Mobilizing Opportunities examines a widely-acknowledged shift in perception of Latinos from uncertain political relevance in 1990 to a sense that they are redefining American democracy in 2012.  Drawing upon original surveys, official government statistics, and community data from Latino civic organizations, Ramírez goes beyond the traditional predictors of political participation to examine the mobilizing effects of identity-based political threats and ethnic appeals to solidarity in response to such community assaults. Ramírez offers a theory of the interplay of state political contexts and ethnic identities to explain how these communities are mobilized into political action.

Sponsored by the IHC’s  Identity RFG and the  Dept. of Political Science.