Mesa of Sorrows: Orthodoxy and Heterodoxy at Awat’ovi Pueblo

10 May Mesa of Sorrows: Orthodoxy and Heterodoxy at Awat’ovi Pueblo 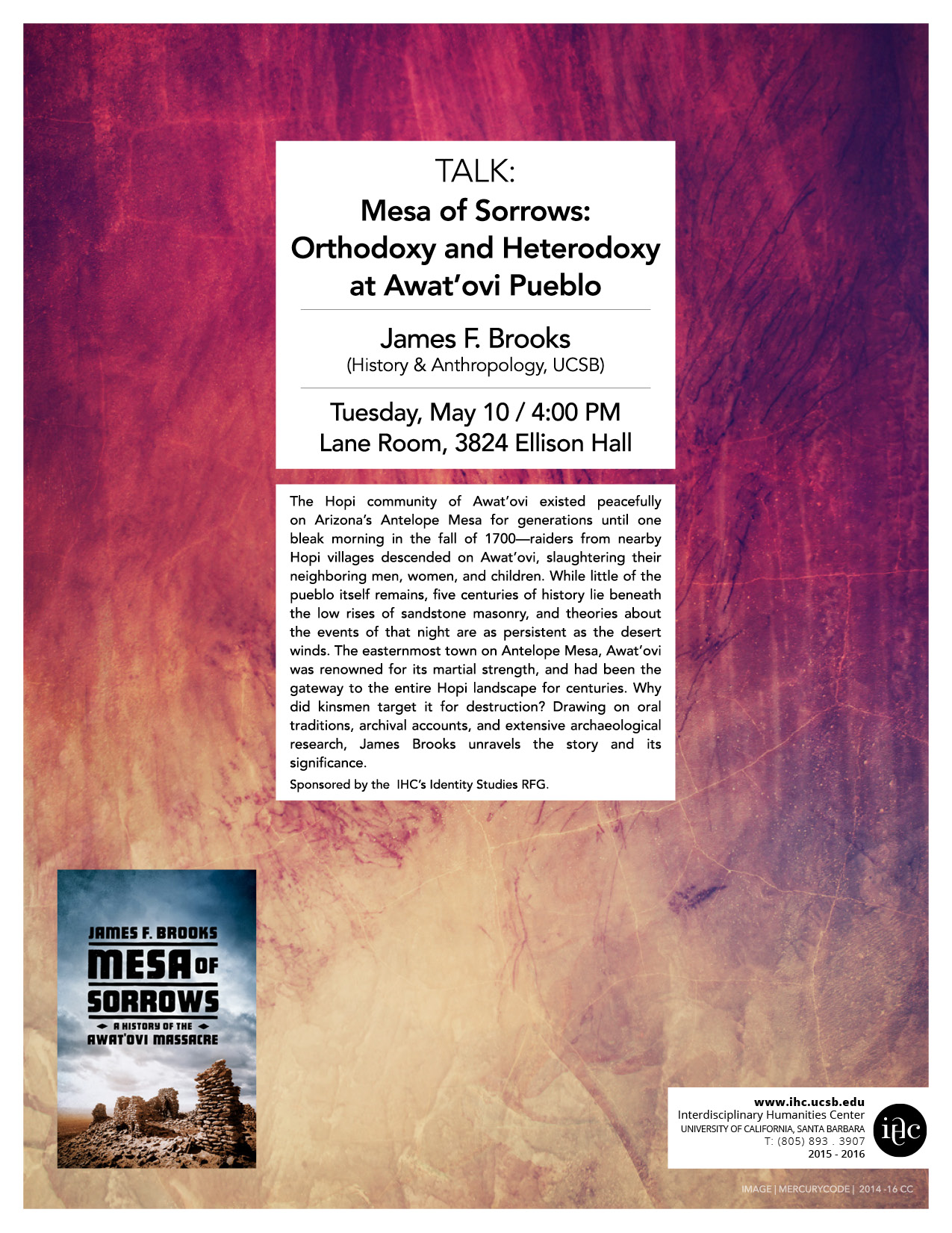 The Hopi community of Awat’ovi existed peacefully on Arizona’s Antelope Mesa for generations until one bleak morning in the fall of 1700—raiders from nearby Hopi villages descended on Awat’ovi, slaughtering their neighboring men, women, and children. While little of the pueblo itself remains, five centuries of history lie beneath the low rises of sandstone masonry, and theories about the events of that night are as persistent as the desert winds. The easternmost town on Antelope Mesa, Awat’ovi was renowned for its martial strength, and had been the gateway to the entire Hopi landscape for centuries. Why did kinsmen target it for destruction? Drawing on oral traditions, archival accounts, and extensive archaeological research, James Brooks unravels the story and its significance.