Posted at 14:44h in Upcoming Events, IHC Series, Geographies of Place by Admin 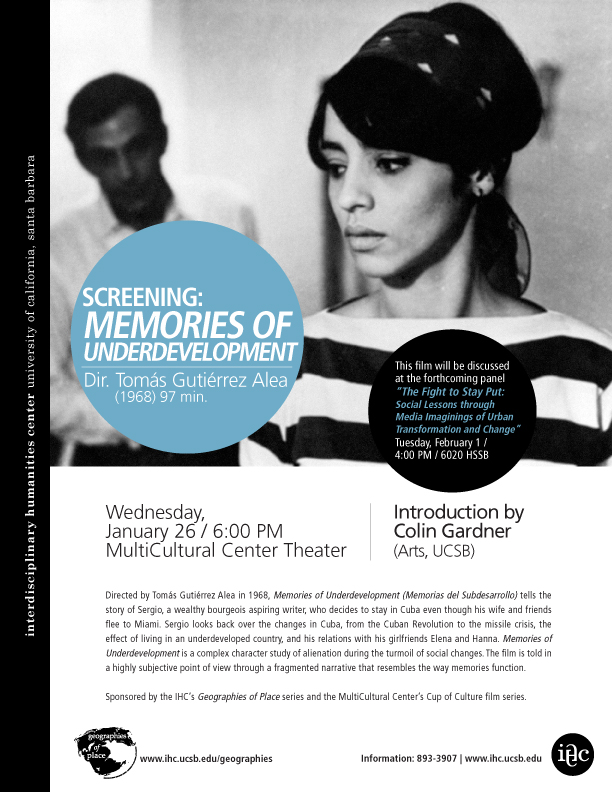 Directed by Tomás Gutiérrez Alea in 1968, Memories of Underdevelopment (Memorias del Subdesarrollo) tells the story of Sergio, a wealthy bourgeois aspiring writer, who decides to stay in Cuba even though his wife and friends flee to Miami. Sergio looks back over the changes in Cuba, from the Cuban Revolution to the missile crisis, the effect of living in an underdeveloped country, and his relations with his girlfriends Elena and Hanna. Memories of Underdevelopment is a complex character study of alienation during the turmoil of social changes. The film is told in a highly subjective point of view through a fragmented narrative that resembles the way memories function.  This film will be discussed at the forthcoming panel “The Fight to Stay Put: Social Lessons through Media Imaginings of Urban Transformation and Change.”

Sponsored by the IHC’s Geographies of Place series and the UCSB MultiCultural Center’s Cup of Culture film series.