CANCELLED Makom: The Place of Space in Jewish Cultures

23 Jan CANCELLED Makom: The Place of Space in Jewish Cultures 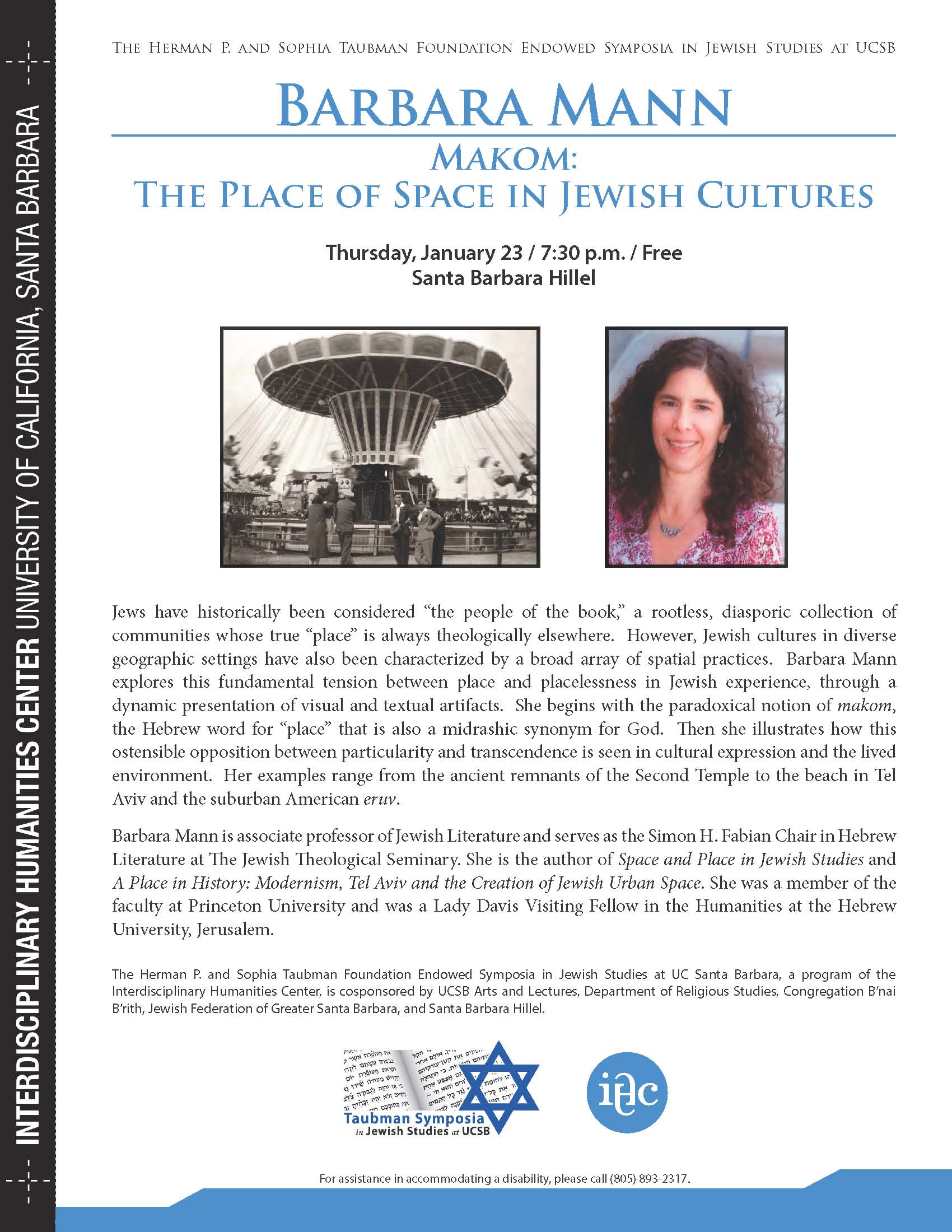 This event has been cancelled due to illness.

Jews have historically been considered “the people of the book,” a rootless, diasporic collection of communities whose true “place” is always theologically elsewhere.  However, Jewish cultures in diverse geographic settings have also been characterized by a broad array of spatial practices.  This talk explores this fundamental tension between place and placelessness in Jewish experience, through a dynamic presentation of visual and textual artifacts.  Barbara Mann begins with the paradoxical notion of makom, the Hebrew word for “place” that is also a midrashic synonym for God.  We will then see how this ostensible opposition between particularity and transcendence is made manifest in cultural expression and the lived environment.  Examples will range from the ancient remnants of the Second Temple to the beach in Tel Aviv and the suburban American eruv.

Barbara Mann is associate professor of Jewish Literature and serves as the Simon H. Fabian Chair in Hebrew Literature at The Jewish Theological Seminary. Mann is the author of Space and Place in Jewish Studies and A Place in History: Modernism, Tel Aviv and the Creation of Jewish Urban Space in addition to numerous scholarly articles.