Magic and Demonology in Ancient Egypt 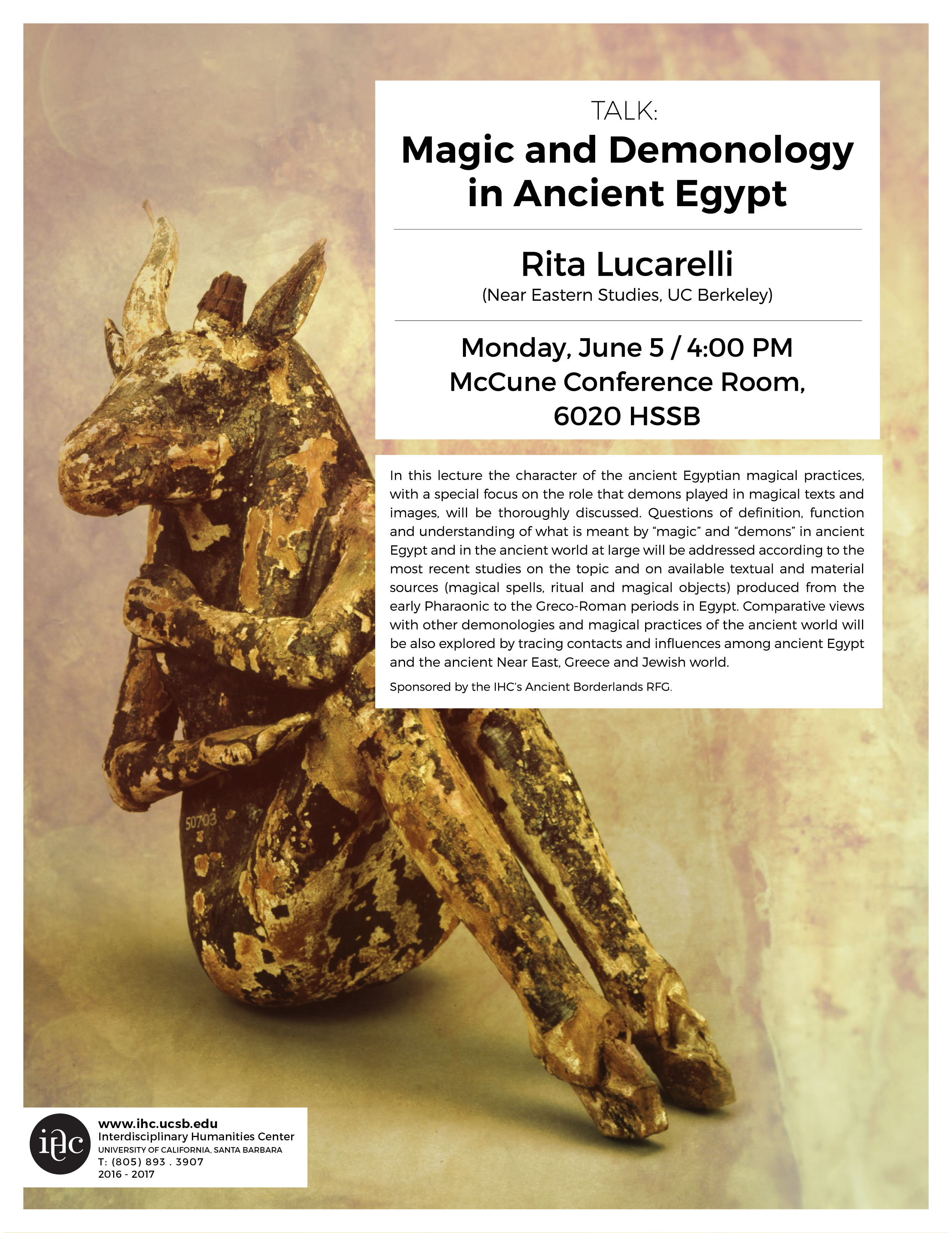 In this lecture the character of the ancient Egyptian magical practices, with a special focus on the role that demons played in magical texts and images, will be thoroughly discussed. Questions of definition, function and understanding of what is meant by “magic” and “demons” in ancient Egypt and in the ancient world at large will be addressed according to the most recent studies on the topic and on available textual and material sources (magical spells, ritual and magical objects) produced from the early Pharaonic to the Greco-Roman periods in Egypt. Comparative views with other demonologies and magical practices of the ancient world will be also explored by tracing contacts and influences among ancient Egypt and the ancient Near East, Greece and Jewish world.