Like Frogs Around a Pond: Maritime Religion in Ancient Greek Culture

24 Apr Like Frogs Around a Pond: Maritime Religion in Ancient Greek Culture 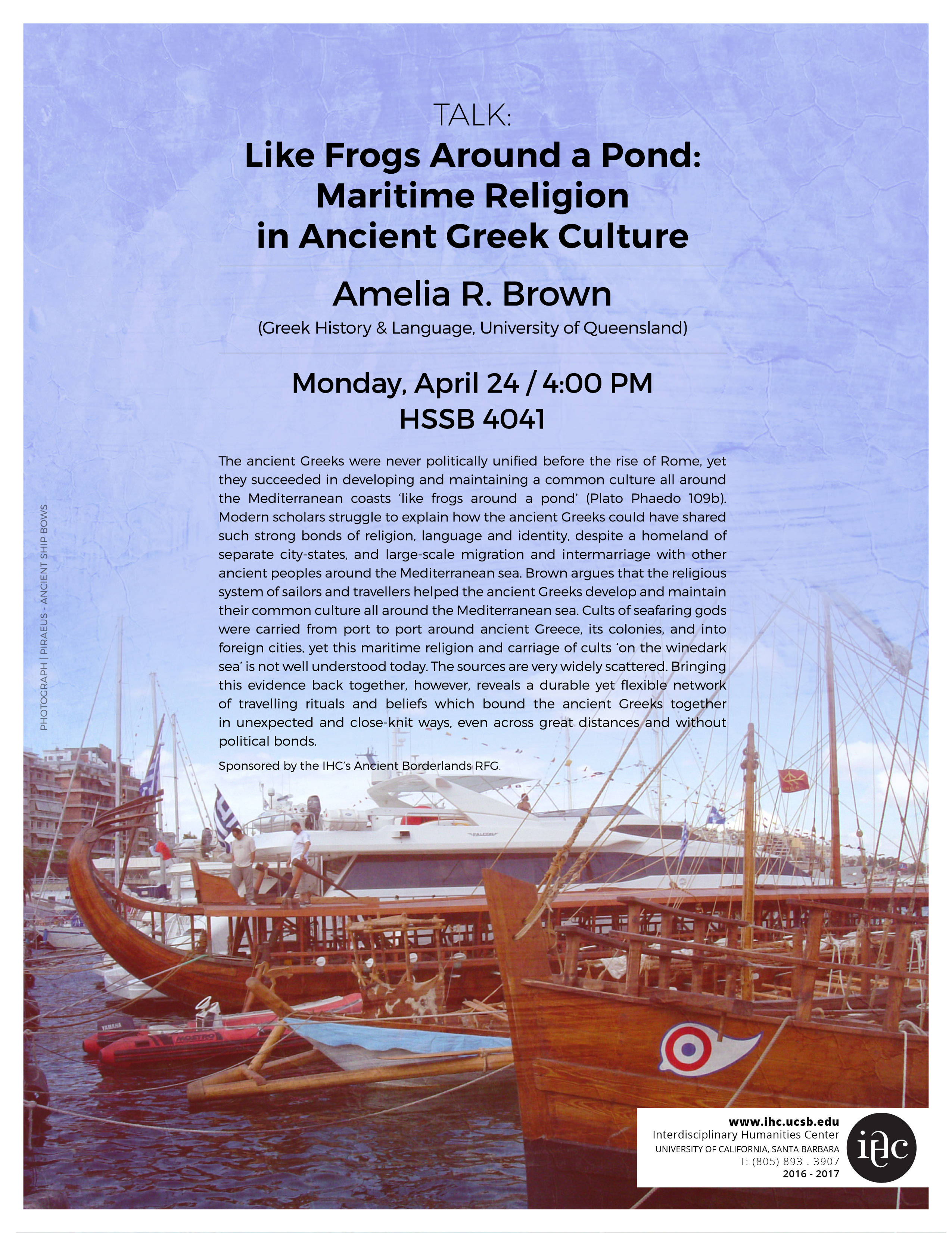 The ancient Greeks were never politically unified before the rise of Rome, yet they succeeded in developing and maintaining a common culture all around the Mediterranean coasts ‘like frogs around a pond’ (Plato Phaedo 109b). Modern scholars struggle to explain how the ancient Greeks could have shared such strong bonds of religion, language and identity, despite a homeland of separate city-states, and large-scale migration and intermarriage with other ancient peoples around the Mediterranean sea. Brown argues that the religious system of sailors and travellers helped the ancient Greeks develop and maintain their common culture all around the Mediterranean sea. Cults of seafaring gods were carried from port to port around ancient Greece, its colonies, and into foreign cities, yet this maritime religion and carriage of cults ‘on the winedark sea’ is not well understood today. The sources are very widely scattered. Bringing this evidence back together, however, reveals a durable yet flexible network of travelling rituals and beliefs which bound the ancient Greeks together in unexpected and close-knit ways, even across great distances and without political bonds.