La Rafle (The Round Up)

Home > Upcoming Events  > La Rafle (The Round Up) 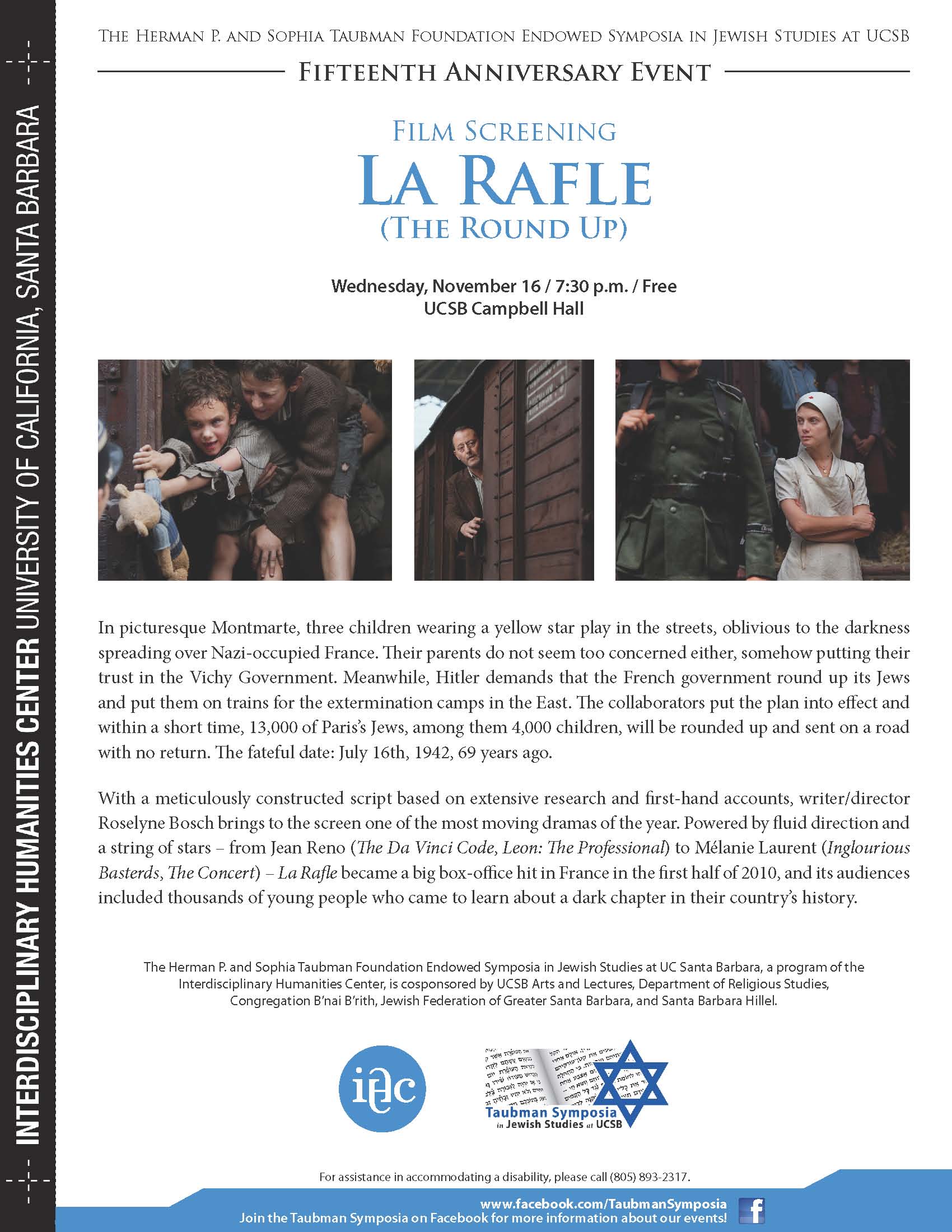 In picturesque Montmarte, three children wearing a yellow star play in the streets, oblivious to the darkness spreading over Nazi-occupied France. Their parents do not seem too concerned either, somehow putting their trust in the Vichy Government. But beyond this view, much is going on. Hitler demands that the French government round up its Jews and put them on trains for the extermination camps in the East. The collaborators start to put the plan into effect and within a short time, 13,000 of Paris’ Jews, among them 4000 children, will be rounded up and sent on a road with no return. The fateful date: July 16th, 1942, 68 years ago. With a meticulously constructed script based on extensive research, writer/director Rose Bosch brings to the screen one of the most moving dramas of the year. Powered by fluid direction and a string of stars – from Jean Reno (The Da Vinci Code, Leon: The Professional) to Melanie Laurent (Inglourious Basterds, The Concert) – La Rafle (The Roundup) became a big box-office hit in France in the first half of 2010, and its audiences included thousands of young people who came to learn about a dark chapter in their country’s history.