Water, Oil, and the Global Production of Islamic Sacred Space: Mecca in Modernity 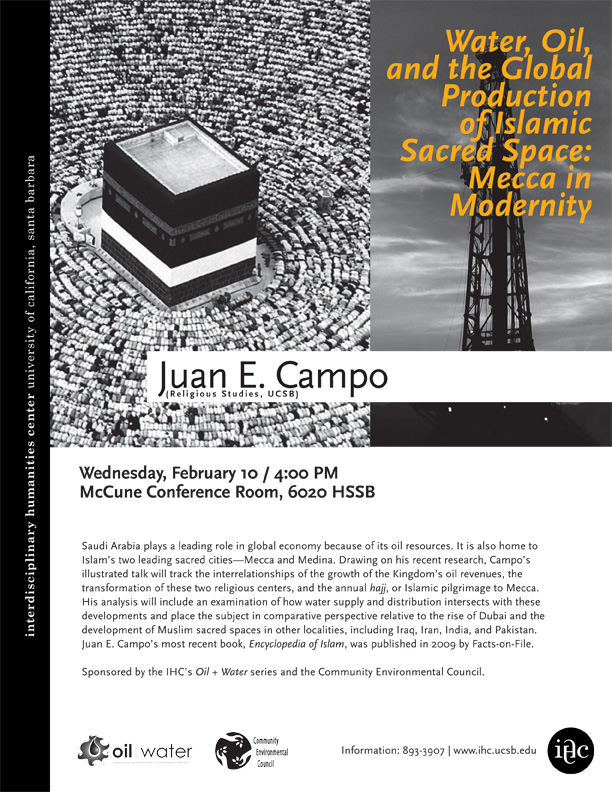 Saudi Arabia plays a leading role in global economy because of its oil resources.  It is also home to Islam’s two leading sacred cities—Mecca and Medina.  Drawing on his recent research, Campo’s illustrated talk will track the interrelationships of the growth of the Kingdom’s oil revenues, the transformation of these two religious centers, and the annual hajj, or Islamic pilgrimage to Mecca.   His analysis will include an examination of how water supply and distribution intersects with these developments and place the subject in comparative perspective relative to the rise of Dubai and the development of Muslim sacred spaces in other localities, including Iraq, Iran, India, and Pakistan.  Juan E. Campo’s most recent book, Encyclopedia of Islam, was published in 2009 by Facts-on-File.