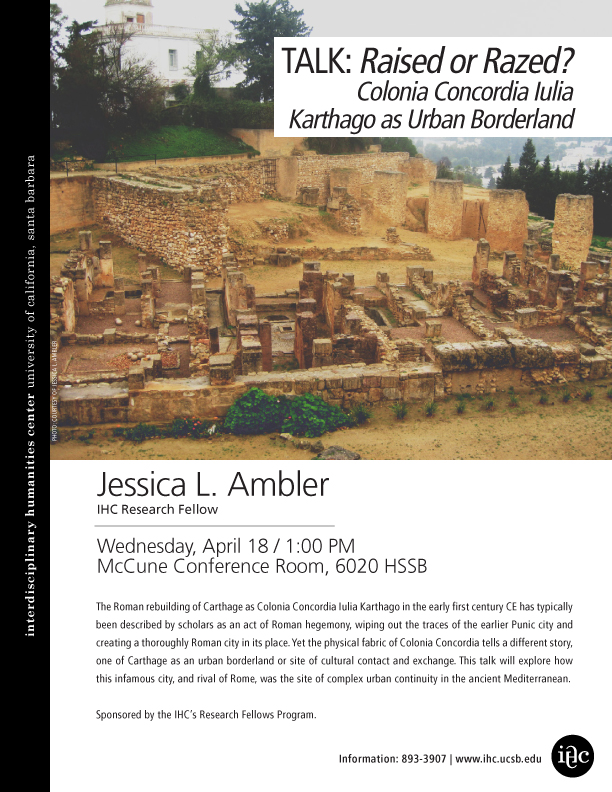 The Roman rebuilding of Carthage as Colonia Concordia Iulia Karthago in the early first century CE has typically been described by scholars as an act of Roman hegemony, wiping out the traces of the earlier Punic city and creating a thoroughly Roman city in its place.  Yet the physical fabric of Colonia Concordia tells a different story, one of Carthage as an urban borderland or site of cultural contact and exchange.  This talk will explore how this infamous city, and rival of Rome, was the site of complex urban continuity in the ancient Mediterranean.